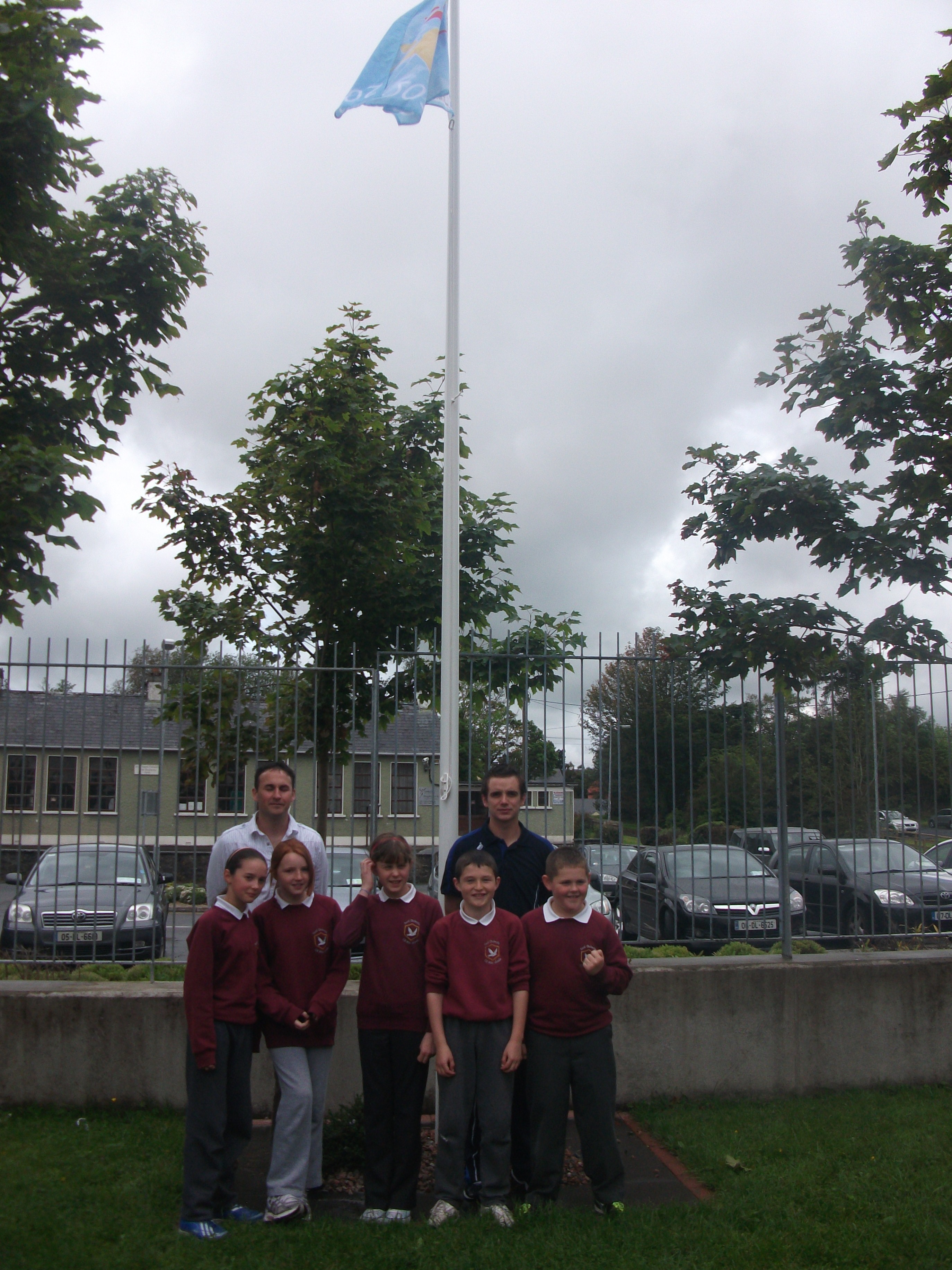 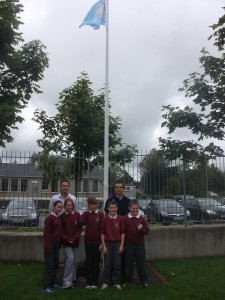 Kilmacrennan National School staff and students had a great day of celebration in the school this week when they raised the Active Blue Flag in the school for the first time.

This flag is awarded to schools who are actively involved in the promotion of sport in their schools.

The school is one of only five schools in the county who have been awarded the flag since its inception. The flag now proudly flies alongside the Green Flag that was awarded to the school last year.

The flag was raised by James Doherty (current Finn Harps player and ex pupil) along with Mel O’Donnell (PE coordinator and teacher in the school). 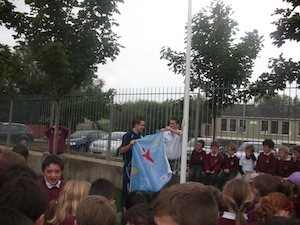