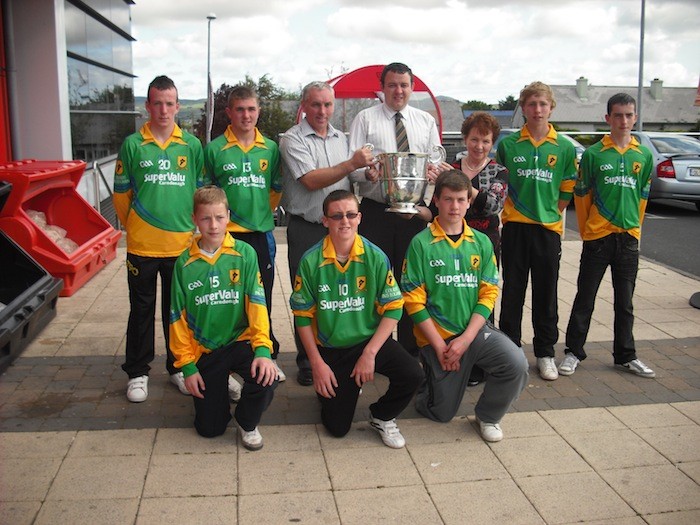 The Ulster Colleges football season is just over three weeks away, as Colaisti Inis Eoghain prepare for their opening game in the Rannafast Cup, while later in the year they will also compete in the Corn na nOg (November) and the Brock Cup, which will be played early in 2012.

Donegal’s extended run in the All Ireland series, which saw them ousted in Sunday’s semi final, may have caught the attention of all GAA supporters in the county, with Buncrana’s Ryan Bradley being a big favourite among the fans but the focus will now switch to the domestic scene among schools and clubs at grassroots level. The Inishowen school boys already have a panel of 28 turning out for training, before returning to school this week and have been preparing quietly under the guidance of another Buncrana man, Gary Duffy who is being assisted this year by Sean Noonan, Robert Farren and Conor O Donnell. They have played one challenge game to date, defeating the Northern U15 Development squad and a number of further challenge games are planned over the next two weeks as training intensifies, before the squad is trimmed in advance of their first game against St Macartans of Monaghan in the week commencing 19th September.

Meanwhile organisers of Colaisti Inis Eoghain in association with CLG Bord Inis Eoghain have organised a major fundraising draw to support the initiative, with a number of excellent prizes to be won and it is hoped that Inishowen people will get behind the draw to support the development of schools football in the peninsula. First prize is two Al Ireland Football Final tickets and an overnight stay at The Regency Hotel in Dublin, a very attractive prize despite the fact that Donegal have not made the final, second prize is a €200 shopping voucher for Supervalu in Carndonagh and third prize is a Sunday Lunch Voucher for a family of four at a top hotel in Inishowen. Lines are now available at a cost of €5 per line from all squad members, clubs and various other contacts in the Inishowen area.