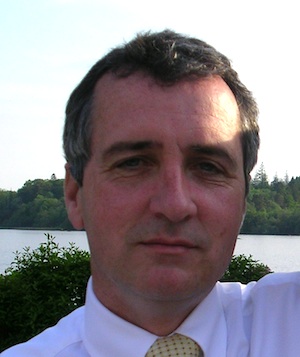 DONEGAL MAN’S ANGER: ‘GOVERNMENT IS FORCING ME TO EMIGRATE’

A well-known County Donegal businessman will fly abroad tomorrow – saying he is being forced to work abroad by red-taped Government bureaucrats.

John Shine runs a number of businesses in Killybegs and has been campaigning for a brighter future for the fishing town.

But he says Government Minister Simon Coveney and his civil servants in the Department of Agriculture, Food and the Marine don’t understand or care about saving jobs.

Mr Shine has been in dispute with the department over rent rises on property he leases from it in Killybegs.

He says he came up with a business plan which would create up to ten jobs – but the refusal of the Government to review his rent or negotiate to extend his lease means he can no longer go ahead with his plans.

“I had the finance from the bank, I had all the plans in place to open a deli and other businesses in the former ice house on the quay but this crazy stupid government and its civil servants won’t extend the lease until it’s actually run out so it’s no longer a bankable proposition,” said Mr Shine.

“As a result I’m being forced to leave my family behind and go and find work abroad and I am flying out tomorrow.

“This is what we have come to. We have a Government full of people with fine words but when it comes down to the nitty gritty we have the same civil servants operating the same rules and you can’t find a Government TD prepared to take them on and change things.

“Instead of creating jobs in a town starved of jobs I’m being forced out too.”

Mr Shine has been involved in a group called FishingForJobs but says getting through to the new Government has been “a nightmare.”

He added: “I suppose like everyone else in the country I thought a change of Government would help this country through the bad times. I was so wrong.