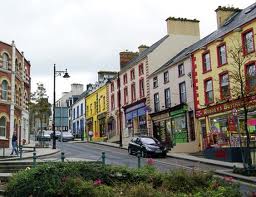 BALLYSHANNON TO BE ‘KICKED OUT OF DONEGAL’ IN CONSTITUENCY SHAKE-UP

BALLYSHANNON and the surrounding area could be transferred to Leitrim, if Labour proposals are given the go-ahead.

Yesterday morning donegaldaily revealed that Donegal will lose a TD in an electoral shake-up – and one 5-seat constituency would replace the current two in proposals put forward by Fine Gael.

Now Labour has backed that plan – and wants Ballyhshannon transferred to Leitrim.

Senator Jimmy Harte says the population of Donegal doesn’t justify two three-seat constituencies, and wants the Ballyshannon electoral area and its 8,000 inhabitants should be transferred to Leitrim.

It will be like going back in time for the town – it was ‘in Leitrim’ from 1977 to 1981 when Donegal was a single five-seat constituency.

Leitrim-based councillors and TDs and citizens also suggested that part of south Donegal could be added to a new constituency.

BALLYSHANNON TO BE ‘KICKED OUT OF DONEGAL’ IN CONSTITUENCY SHAKE-UP was last modified: January 13th, 2012 by admin
Facebook0Tweet0LinkedIn0Print0
Tags:
Ballyshannonjimmy harte