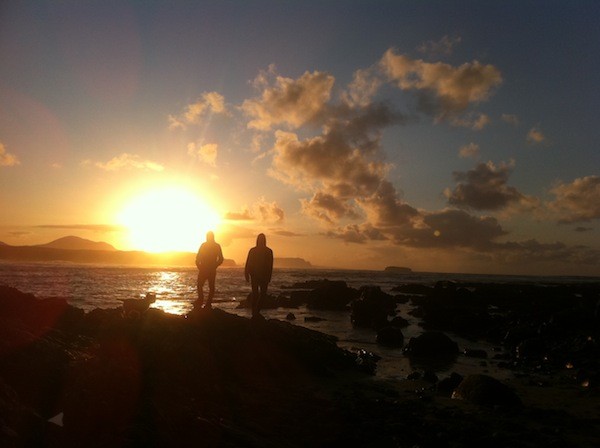 ANGER is growing at how tourism chiefs are planning a self-drive tourist route from Cork to Donegal – but which stops in the south of the county.

Last week donegaldaily.com revealed that the sea cliffs at Slieve League – amongst the highest in Europe – are to be finally put on the tourist map – giving a boost to south west Donegal.

For years the incredible 600-metre high cliffs were ignored by tourism bosses.

Now Slieve League is to be included in an “end-of-the-world” road trip drive route taking in the Atlantic coastline and stretching to Co Cork.

Tourism bosses are hoping the route will appeal to Americans and Europeans on a trip to rival California’s Pacific Coast Highway.

But donegaldaily.com has been inundated with angry emails and messages from people involved in the tourist industry further north in the county – asking why the route should stop at Sliabh Liag.

They say the route will take in the Cork coastline – and should therefore take in all of Donegal through Gaoth Dobhair, to Dunfanaghy, crossing the Swilly by ferry at Rathmullan and then onto Buncrana and of course Ballyliffin and Malin Head.

One B&B operator, who asked not to be named, said: “I was initially delighted Co Donegal was being included in this initiative but realised it was only just being concluded and it won’t come further north.

“I can’t give my name because I can’t come out against Tourism Ireland but people should lobby for changes now otherwise most of the county will lose out.”

Another B&B operator in Inishowen told us: “We should encourage this route to start in Derry during the city of culture next year and take in the entire Co Donegal coast. No harm to the Mayos and Kerrys of this world, but Donegal has the most scenic coastline.”

She urged politicians to lobby for changes to the route.