SINN FEIN MAP OUT THEIR STRATEGY FOR DONEGAL FOR COMING YEARS 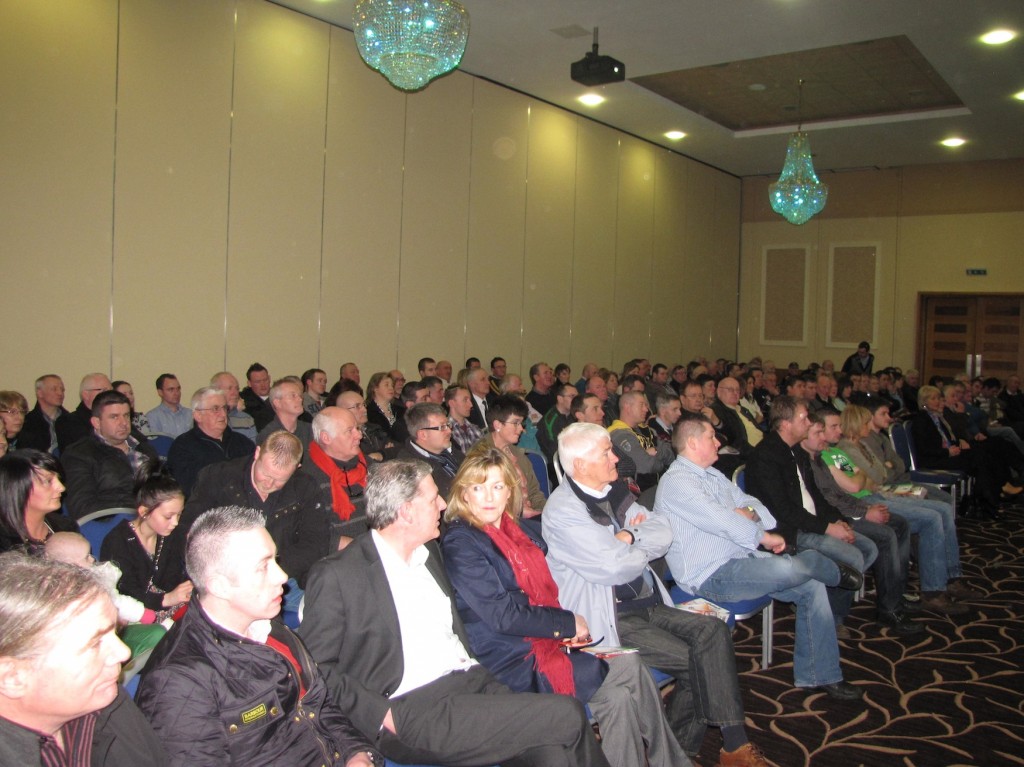 Donegal’s two Sinn Féin TDs were joined by the party’s National Director of Elections, Brian Tumilty at the Radisson Hotel, Letterkenny at a key strategy meeting which planned for the growth of Sinn Féin in the coming years.

The hundreds of Donegal Sinn Féin members present discussed the upcoming referendum on the European Austerity Treaty, the Defend Rural Ireland campaign and how best to capture the momentum of recent successful elections and the positive feedback being received on the ground.

Commenting after the event, Deputy Pearse Doherty said “Sinn Fein in Donegal has never been stronger. The recent general election and presidential election witnessed an unprecedented number of people voting for our Party here.

“With this mandate comes a responsibility to deliver for the people who, now more than ever, need strong republican representation, in the face of endless austerity and draconian cutbacks on our communities”.

Deputy Pádraig Mac Lochlainn said “At today’s meeting we discussed our opposition to the European Austerity Treaty and how that campaign would roll out locally.

“We also spoke about our campaign to defend rural Ireland in the face of the septic tank debacle, cuts to rural schools, closure of post offices and garda stations, rural transport cuts and all the other issues our rural communities face.

“Our National Director of Elections Brian Tumilty outlined targets for the 2014 Local and European elections, in which we plan to consolidate the huge vote of recent elections and make further gains in the County and Town Councils.

“It is an exciting time to be a republican and I would encourage everyone in Donegal who wants to bring radical change to our county and country to join Sinn Féin and play your part in rebuilding Ireland.”