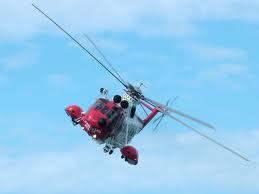 A tourist who died off the coast of Co Donegal at the weekend was the father of two young children, aged just three and one.

Andrew Goodwin was with a sub-aqua team from Larne, Co Antrim, when he got into difficulties off Glencolmcille on Saturday afternoon.

It’s understood the 41-year-old had breathing difficulties under the water and was brought to the surface by friends.

An emergency call was picked up by the Coastguard at Malin and the Sligo Rescue Helicopter was despatched to the scene.

Mr Goodwin, who was an executive with the High Street chain Poundstretchers, part of the Dealz group here in the Republic, was pronounced dead at Sligo General Hospital.

He was area manager for the company.

Gardai are investigating the incident as is normal practice for a report for the Co Donegal coroner’s office.

A number of friends have contacted donegaldaily.com to express their condolences to Mr Goodwin.

“Everyone who knew Andrew is devastated,” said one, ‘he doted on his two young children.”

Another wrote: “Andrew was a true gentleman; a real down to earth fella and his death has left so many of us distraught.”

The dad-of-two will be laid to rest in Kells, Co Antrim on Friday after a service in Larne.