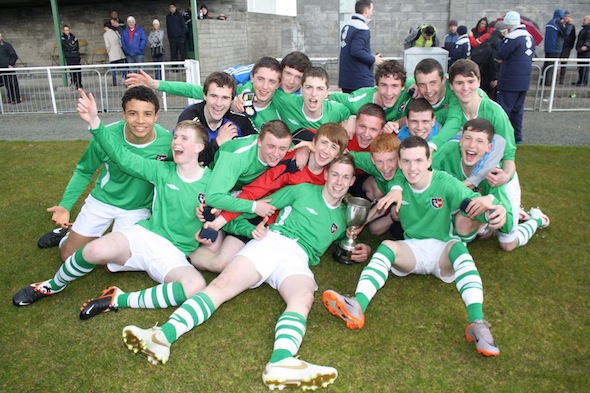 St Eunan’s College claimed another All Ireland Schools Soccer trophy today after their Under 17 team defeated De La Salle College from Waterford by 3 goals to 1 at the Oscar Traynor Centre, Dublin.

In front of a large crowd and on a perfect surface for football it was Eunans who broke the deadlock on 8 minutes.

Christopher Flanaghan who played from the Republic Under 16 side last week volleyed home a fantastic 20 yard volley into the De La Salle net.

It was a goal fit for any final and gave Eunans under the guidance of Michael Harkin and Gerard Faulkner a great start. And they increased their lead 6 minutes later through a sweetly struck strike from Cathal McDaid.

The Cathedral town outfit were in complete control of the rest of the first half but try as they did they could not add to their tally. 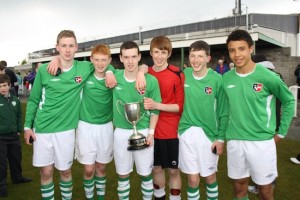 Into the second half and De La Salle came out fighting and dominated the exchanges but found it hard to breakdown a resolute Eunans rearguard.

Just when it looked like that time was running out for the Waterford men they got a lifeline with a goal with 4 minutes remaining.

And they almost got an equaliser shortly after but for a fine save from Eunans net minder Shaun Patton. 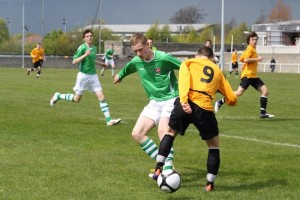 But as they pressed for that all important leveller they were hit on the counter attack and conceded a third in stoppage time by substitute Michael Miller who scored into an empty net after an unselfish pass from midfielder Aidan Sweeney. 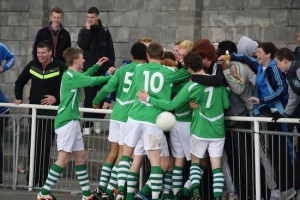 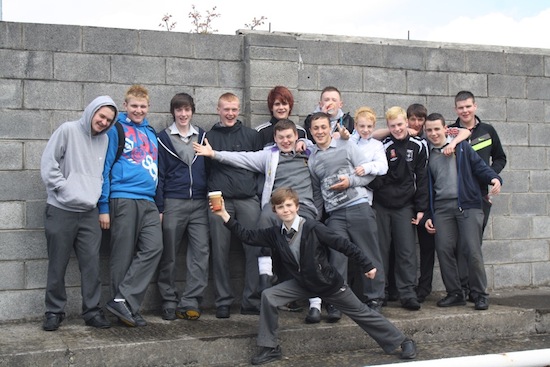