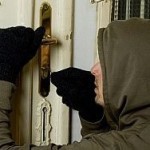 written by admin May 8, 2012
Facebook0Tweet0LinkedIn0Print0

GARDAI in Co Donegal are hunting for several suspects behind a burglary blitz in which thousands of euro worth of goods were taken – and two cars stolen.

The incidents, in the Glencar area of Letterkenny, took place in just a 20 minute period.

TVs, playstations, handbags, and personal items were all stolen in the raids.

They then made their escape in two cars stolen in the same area. One of them was later found burnt out in Drumkeen in the early hours of Sunday morning.

One suspect was recently released from prison, having served time for similar offences.

Most of the homes which were raided were in Gleann Rua.

Gardai in Letterkenny are seeking help in catching the criminals.