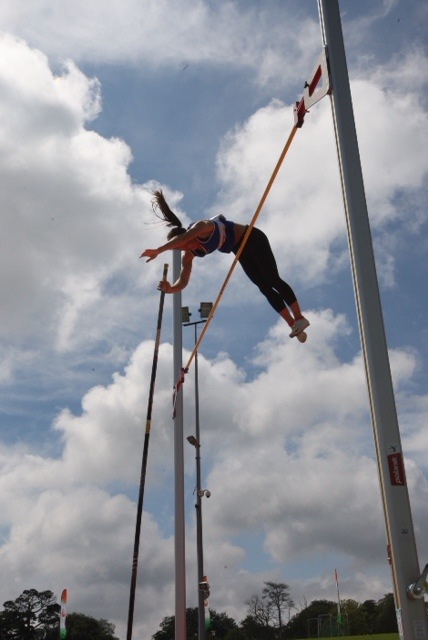 FINN VALLEY’S Tori Pena collected her third national title in succession with a championship and stadium record of 4-35 at Santry early today.

She now flies to the north of France for a competition which includes many of the world lead athletes in her event including Olympic champion Isinbeva – then it’s off to another meet in Lucerne and into London for, of course, the Olympics.

Victory for Letterkenny’s Maria McCambridge in the 5k and silver for Tir Chonnail AC’s Mary McLoone in long made it a good day for Donegal. Elsewhere Teresa McGloin won the Strabane 10k in a superb 36.06.