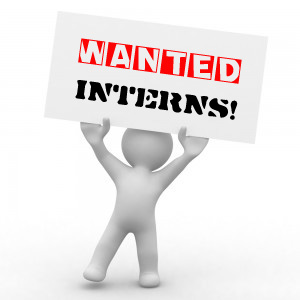 ‘SOME DONEGAL COMPANIES USE INTERNS AS SLAVE LABOUR’

A DONEGAL businessman has accused a rival company of using interns as “slave labour” with no prospect of them ever being offered proper jobs at the end.

He spoke out after reading a European Parliament report which made the same claims this week.

“The people behind these schemes often mean well but some businesses which use them, abuse them and abuse the young people they are taking on,” he claimed.

“I know one business which rivals my own. I pay proper wages to loyal staff.

“Now I find myself competing against someone who appears to have endless access to unpaid interns and trainees. He moves from one scheme to another and from one agency to the next.

“This allows him to undercut me in my business employing people on proper salaries and therefore endanger those full-time positions.

“It should not be allowed to happen. A company which employs trainees and interns on schemes should either offer jobs at the end of the term – and if they can’t they shouldn’t be allowed any more. It’s slave labour otherwise.”

He added: “I know of other cases where trainees ended up doing jobs other than they were supposed to. They were offered the world and then chucked out the door at the end.

“And there are some well-known companies doing this. It goes against any sense of social justice. It’s greedy people lining their pockets on the back of well-meaning young people.”

MEPs said this week that internships and traineeships should be carefully monitored to ensure that the system is not open to abuse.

A report approved by the European Parliament called for a quality framework to be set up for internships, as one of a series of measures to boost job creation.

Labour MEP Emer Costello said the practice of taking on young people to work unpaid for a period of time as a means of gaining professional experience is sometimes exploited by companies, who treat their interns as “slave labour”.

“I’ve heard from young people who are on their fourth or fifth internship working for nothing, sometimes just doing a different job for the same company. That is never what the internship was set up to achieve,” said Ms Costello.

MEPs pinpointed poor working conditions, little-or-no financial remuneration and the lack of a full time job upon completion of an internship as the basic problems with the internship system. They said interns should be given a minimum payment level and that their internship should be of limited duration.

“We need EU regulation so that internships are a social contract that mutually beneficial for both the employer and the trainee, allowing the young person to up skill and boost their job prospects,” said the Labour MEP.

She suggested that Ireland’s Job Bridge internship scheme could provide a model for other member states so that a consistent standard would be applied throughout the EU.

* Do you have a story? Email it to info@donegaldaily.com

‘SOME DONEGAL COMPANIES USE INTERNS AS SLAVE LABOUR’ was last modified: July 12th, 2012 by admin

Tags:
'SOME DONEGAL COMPANIES USE INTERNS AS SLAVE LABOUR'