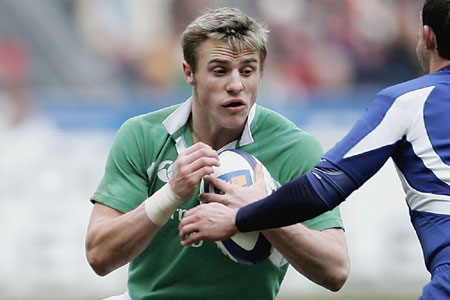 Tommy Bowe, Ireland and soon to be Ulster rugby star, will be making a guest appearance at Evolve Menswear in Letterkenny tomorrow Wednesday at 3.45pm.

Last year, Tommy launched his own footwear range which has gone from
strength to strength. Evolve brought in the Tommy Bowe footwear range
over 9 months ago and it has been one of the store’s best selling brands
ever since.

Tommy has been promoting his brand with guest apperances on RTE and
TV3 chat shows as well as national radio and newpapers advertisements.

Why not call in to Evolve Menswear tomorrow Wednesday and get that
jersey signed or just have a chat to the hottest name in Irish rugby
at the moment!