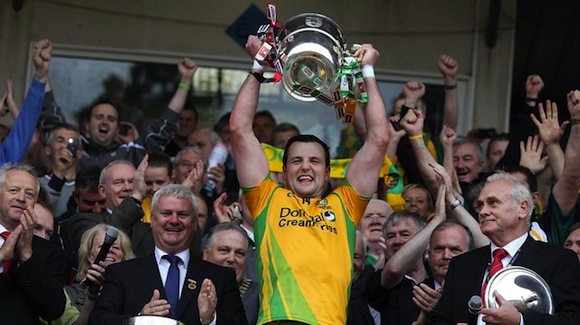 DONEGAL ABÚ – they came, they saw, they conquered!

Donegal’s GAA heroes made history at Clones today after overcoming Down in the Ulster Senior Football Championship final.

It was the first time in the county’s history that Donegal had won back-to-back Ulster titles.

Thousands of fans poured onto St Tiernach’s Park at the end of the game to join in the wild celebrations after Donegal outscored the Mournemen 2-18 to 0-13.

At times the game was exhilarating; Donegal showing some wonderful football.

At all times it was nerve-jangling for the green and gold army who poured in their thousands into the Co Monaghan town from early morning.

The Ulster champions return to the county tonight with the Anglo-Celt still aboard the team bus.

For now, we’re all off to the pub….if we can find one with any room in Clones! Enjoy!