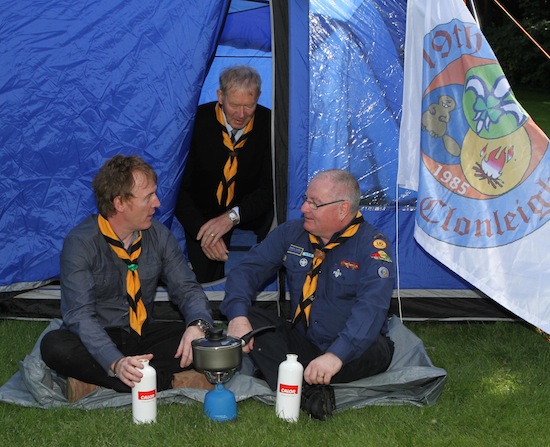 Well known Donegal man Joe Boland is celebrating today after being named the Community Champion for 2012.

The Lifford photographer was the unanimous choice for the inaugural award by judges.

As part of his prize in being named the Calor Ireland Community Champion, Joe had donated the €7,500 prizemoney to the 19th Donegal Scout Group (Lifford/Clonleigh).

Joe, a scout leader with the group said the money will make a huge difference.

“It will mean so much to the group. We can get new equipment and new tents.

“This award is not for me but for all the other scout leaders and scouts who have never received any recognition for their tireless work over the years,” he said.

Joe, a photographer with the Derry Journal, also received a personal prize of €1,500 with he is also donating to the Donegal Donkey Sanctuary, the Rainbow Animal Rehousing Centre and the Lifford Hospital Restoration Centre.

“I feel great. I also just want to say a big thank you to all the people who voted for me.

“It’s great to be recognised but it’s also great what we can do with this money now,” he admitted.