WELL-KNOWN DONEGAL HOTEL TO BE TURNED INTO AMUSEMENT ARCADE

One of Donegal’s best-known hotels is to be turned into an amusement arcade. 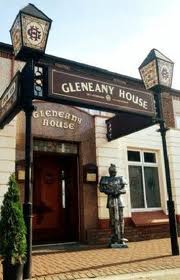 An application has been made to transform the Gleneany House Hotel in Letterkenny into a gaming centre.

The hotel, located at the Port Roundabout at the entrance to the town, has remained closed since it shut its doors since December 2010.

The owners of the hotel, the Kelly family, said at the time that it was no longer financially viable to keep the 25 bedroom hotel open.

The hotel had been open for more than 20 years before its sudden closure.

Now a Milford couple have applied to Letterkenny Town Council to turn the premises into an amusement arcade.

Darren and Siobhan McGarry have applied to have security features put on the building as well as a change of signage and the introduction of a smoking area.