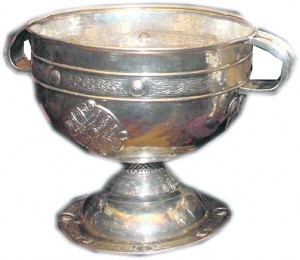 DONEGAL fans were warned today not to pay crazy prices for tickets on the auction website eBay – because the GAA may have cancelled them.

A pair of tickets for the Cusack Stand have reached more than €3,000 on eBay.

There was anger earlier today when an eBay seller with a listed Glenties address had bids of well over €700 for two tickets for the big match.

GAA Director General Paraic Duffy said those tickets have already been cancelled and will not get their owners into Croke Park on Sunday.

He confirmed that a number of fans going to the hurling final were refused entry because they had bought tickets on the black market.

“Some people will be caught this Sunday if they buy tickets this way,” said Mr Duffy.

“They may have bought them in good faith but if a ticket is cancelled, there is no admission,” he warned.

Several other sites are also selling tickets at outrageous prices.