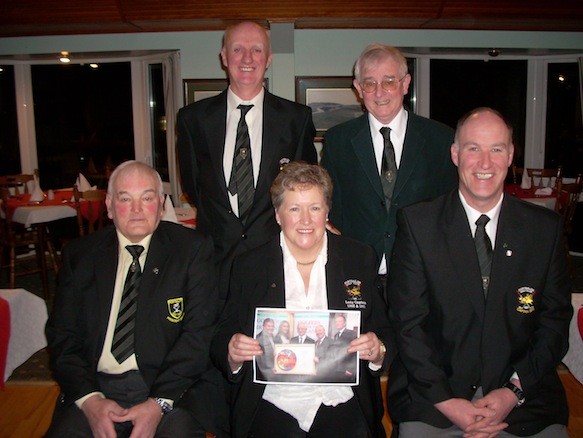 The 2013 Portside Publications Golfers Guide to Ireland was published recently.

The guide has been in existence for 22 years making it one of Irelands longest established golf guides. The guide is distributed throughout Europe and in US. The guide provides golfers worldwide with a comprehensive listing of both links and parkland courses throughout Ireland and is a major a major link in Ireland’s tourism drive each year.

Mr Paddy Mc Court Portside Publications Director said ‘’the Guide had become an essential part of the travelling golfers kit. He said that the awards reflects our wish to recognise individual achievements on an annual basis by those involved in the industry’’.

At a function in Donnybrook Dublin the Minister for Tourism & Sport Michael Ring TD presented awards under various category headings from all over Ireland to provincial links and parkland golf courses. The awards were won on an all-Ireland poll undertaken from within the golf and golf related community.

Continuing with our success in the Golf Digest top 100 courses the Portside Publications Golfers Guide has awarded Portsalon Golf Club with the Hidden Gem winner in Ulster. The overall winner of the best links course in Ulster went to Royal Portrush with Malone collecting the best parkland course.

The overall best links in Ireland also came to Ulster with Royal County Down the winner and Dun Laoghaire being the best parkland course in Ireland. Each of the winning clubs was presented with a Graham Knuttle created ceramic wall plaque crafted by Tipperary Crystal.