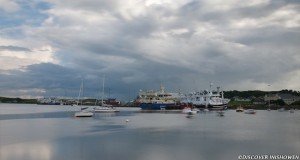 Thomas Pringle TD has called for genuine engagement with tenants and the need for a will on behalf of the Department of Agriculture, Food and Marine in negotiating rent reductions for fishery harbour centre tenants.

“Currently, the department has in the region of 140 property agreements in place in the six Fishery Harbour Centres at Killybegs, Ros an Mhíl, Dingle, Castletownbere, Dunmore East and Howth,” he said.

“In the region of 60 lease agreements contain rent review clauses, however Minister Coveney decided that following the completion of rent reviews due for the period up to mid-2008 that no rent reviews would be carried out for years subsequent to 2008 and that an effective freeze in rent would be applied across the board.

“Last week I informed the Minister how this decision he made two years ago is affecting tenants who are living with the consequences of this and paying very high rents and want their rents to be reviewed and are happy to engage with the Department, but to no avail.

“Minister Coveney justified his decision by stating that in the most recent round of rent reviews, numerous rents were increased. While this may be the case, the rent freeze is not enough and in some cases detrimental whereby numerous tenants are finding themselves at a disadvantage because of this. If there was a will within the department to engage with tenants and work towards negotiating fairer rents I believe that would be a constructive solution.

“But since the Minister has decided to continue this approach in relation to rent reviews due in 2013 and for a rent freeze to be applied in all such cases, it looks like this situation will remain for some time.

“This is an unfortunate situation for those who would otherwise be paying lower rents and I will continue to call on the Minister to constructively engage with these tenants,” stated Pringle.