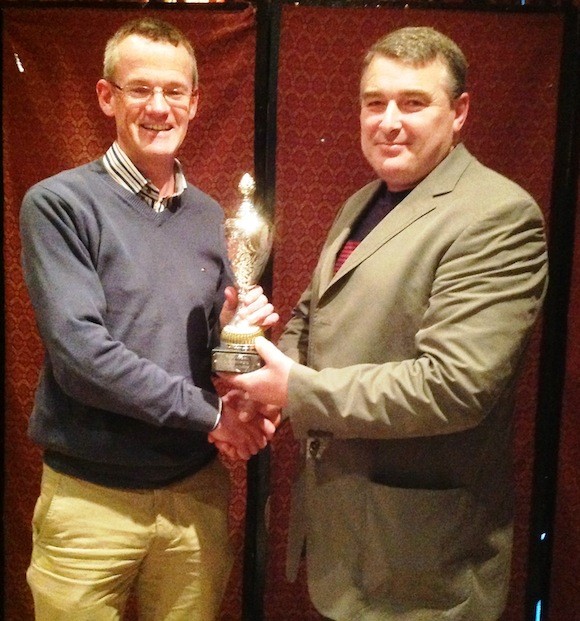 The organising committee of the Cara Bundoran 10 report a huge entry for Saturday’s event. On-line entry closed last night – Wednesday at midnight. Only the first 1,000 entries are guaranteed goodie bags and a long sleeved technical t-shirt. Entries after the online deadline can be handed into any Cara outlet, dotted across the North West or on Friday evening/Saturday morning at the registration desk in the Magh Eine College, gymnasium.

This year’s event includes in addition to the traditional 10mile a 10K, team prizes in both races, €4,000 in prizes, outstanding hospitality and goodie bags for the first 1,000 entries, chip timing for all competitors, an enjoyable family day. Proceeds from The Cara Bundoran 10 Challenge 2013 will support the work of The North West Hospice and three local chapters of the St. Vincent Paul

All three will contest the Cara 10 on Saturday.

· Good luck to Daniel Gallagher U17 and Mark McGuiness Senior who contest the Irish Schools at Jordanstown next Saturday. Both qualified in recent weeks via Ulster District and Ulster finals for this prestigious event

At a very pleasant and enjoyable social occasion on Sunday evening last in the Abbey Hotel, Donegal Town the club recognised the numerous achievements of club members during 2012. Over one hundred members and friends attended and heard Chairman Paul O’Gara summarise a most successful year before making presentations. Paul congratulated and thanked all who represented the club during 2012. ‘From the juvenile athlete at local level, to the master athlete who ran a local 5k to those that contested National X/C and marathon to the club athletes that represented Ireland with distinction at World Junior, Europa Cup and schools International and British C/ships’ –Paul also recognised and praised ‘the numerous coaches who give so much of their time and expertise, club sponsors and in particular Cara Pharmacy, the media, and the local community support received during 2012’. Finally he thanked Martin McGowan, representing Donegal Hardware, who sponsored the awards on the night.

Coach of the year

Kevin McGlynn joined the Tir Chonaill club three years ago. In addition to his successful cycling, running and tri-athlon exploits in the interim period he became involved in coaching and leading one of the clubs training/fit4life groups. Currently the group numbers over forty and train on Tuesday and Saturday mornings. Many of Kevin’s group have successfully ran their first race, conquered 5k,10k, half marathon and marathon distances. His positive and fun filled approach to the sport has left all fortunate enough to know him looking forward to group led sessions and accepting new challenges

Club person of the year

Richard McCarthy is involved in every area of the club. He is a Nationally ranked Master athlete, he coaches middle distance and S&C groups weekly throughout the year. The new club facility in Donegal Town was planned, designed and its construction overseen by Richard. The Tir Chonaill club has its high standing in the community thanks to members like Richard McCarthy.

Overall Male –Karl Griffin – 17 year old Karl qualified and represented Ireland in the World Juniors in Barcelona; smashed the national U18 -800m record -1.49.63, finished 2nd in the Irish Senior Indoors at the Odyssey, Belfast and won numerous National titles during 2012.

Overall Female – Kate McGowan – 15 year old Kate smashed the Celtic U16 80 Hurdles record in Aberdeen, finished 2nd in the British U17 80m Hurdles at Bedford and won a host of Indoor and outdoor titles within Ireland. She was also a member of successful and record breaking club and schools relay teams at National level.

Female – 16 years old Kelly Mc Grory,in the demanding U17 300m Hurdles finished 2nd in the British c/ships at Bedford in late August, 3rd in the International schools in London in July plus a number of Indoor/Outdoor National titles in 60m,100m,100m H, 200m and 300m H.

Male –15 year old Christopher O’Loughlan, impressed at provincial level and qualified for National finals in b sprints and hurdles.

Female 16years old Emma Brady, won the National U17 triple jump title and was a member of successful school and club relay teams

Male 18 years old Chritopher Doherty , has progressed successfully through the various age groups within the club and won the National title in the Pole Vault in his age group.

Female -15years old Sarah Timoney, a member of the clubs race walking group, had numerous outstanding performances at Ulster club and schools levels and finished 4th in the Nationals in Tullamore

Male 17 years old Mark McGuiness, lowered his times in the 1,500m and 3,000m as the year unfolded and was a silver medal winner in the later at the National c/ships with a best of 9mins 8.6secs.

Special awards were also made to athletes that represented the club with distinction in Ulster and All Ireland competitions. 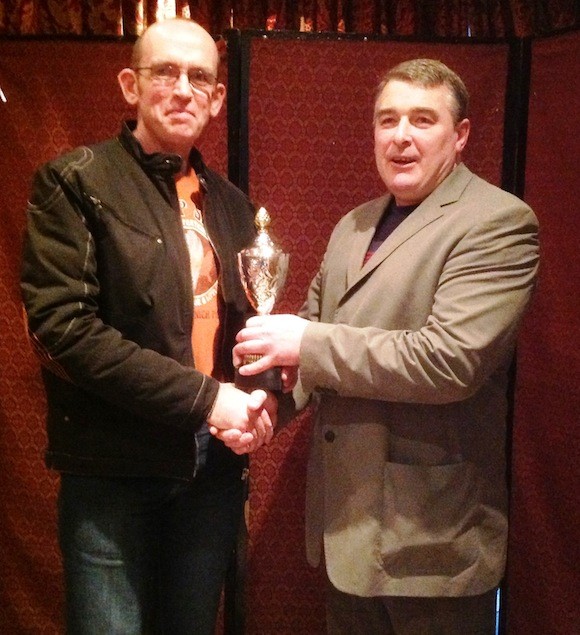 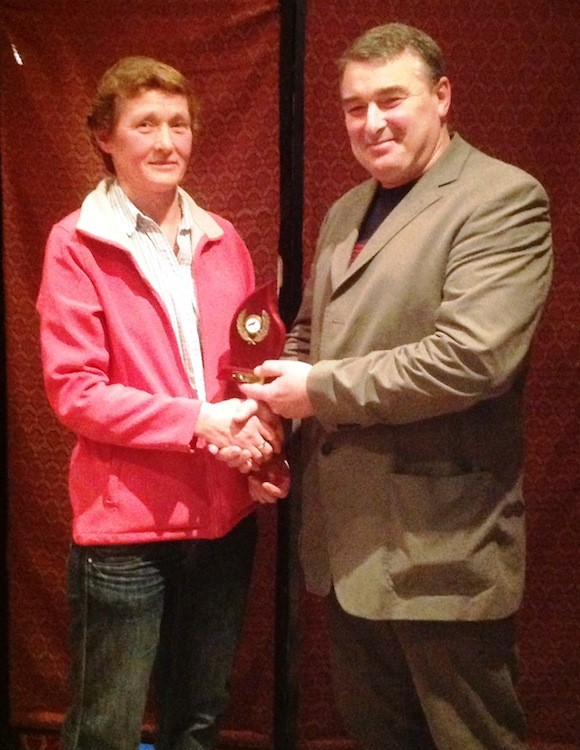 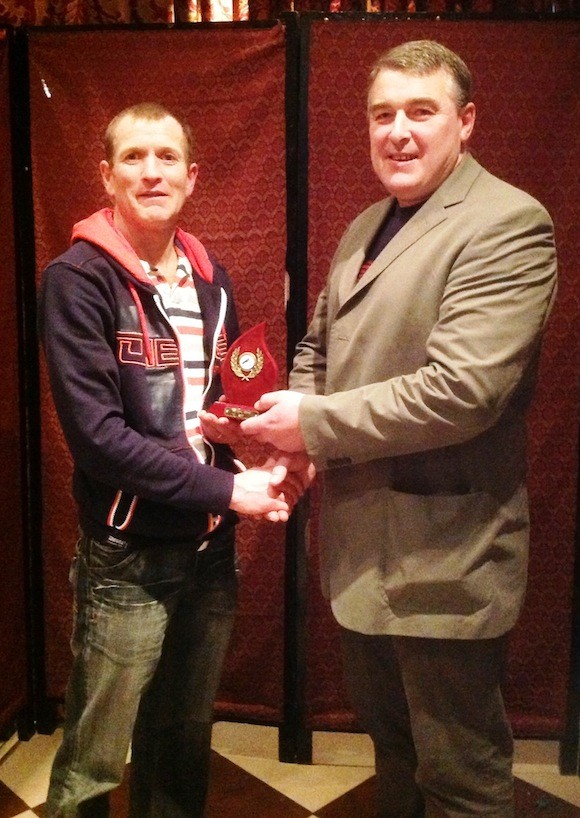 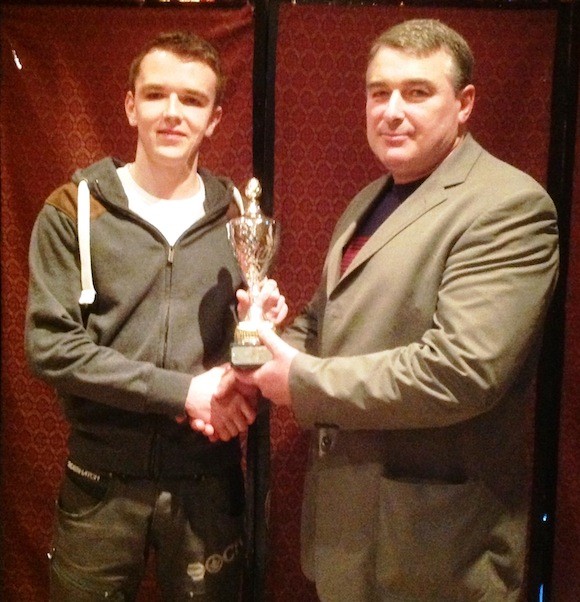 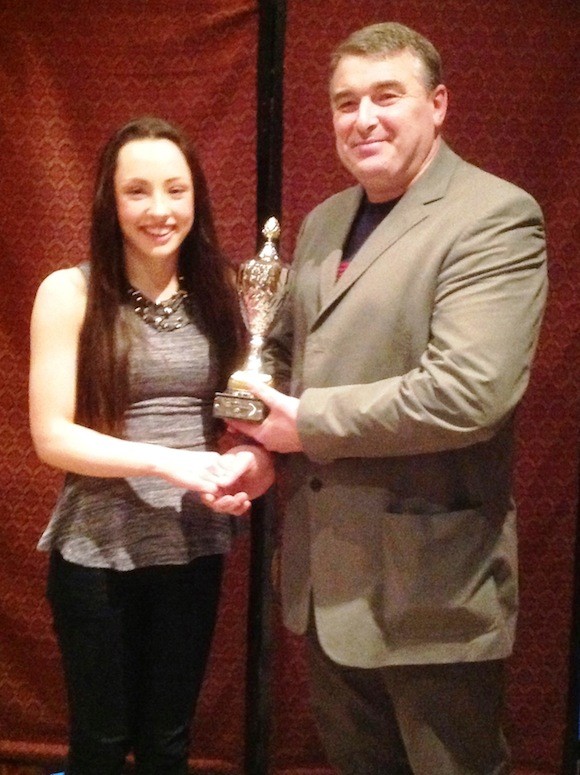 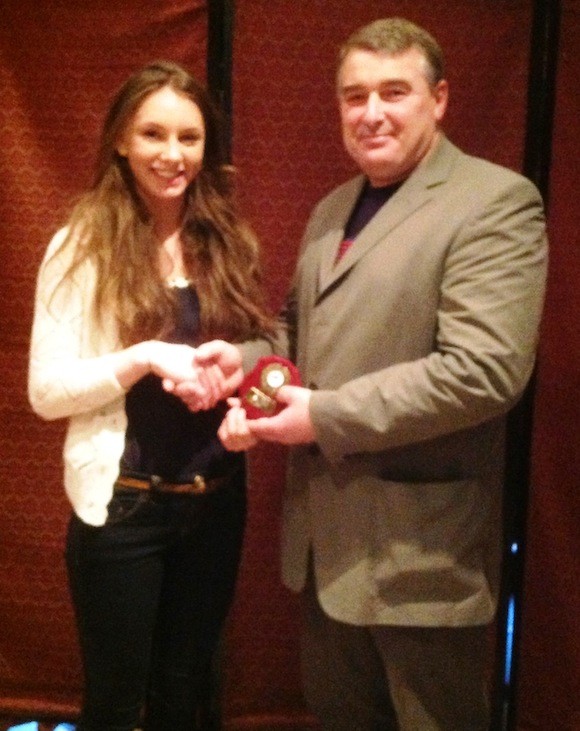 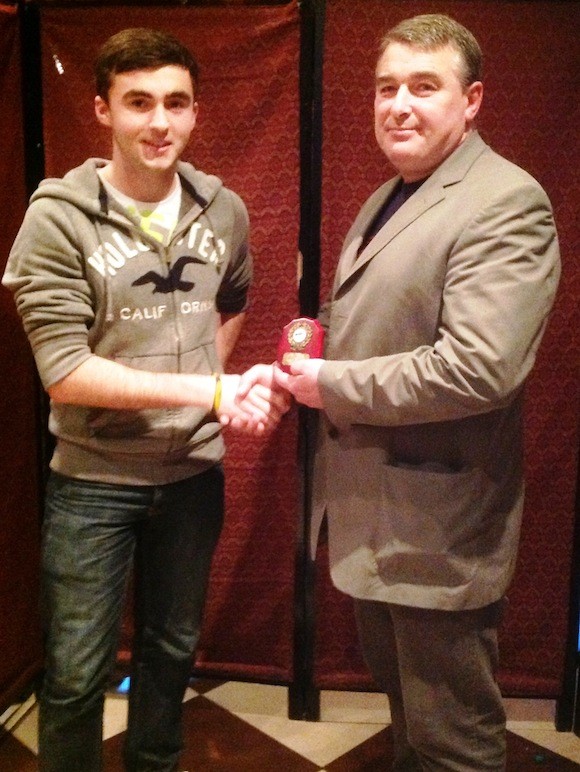 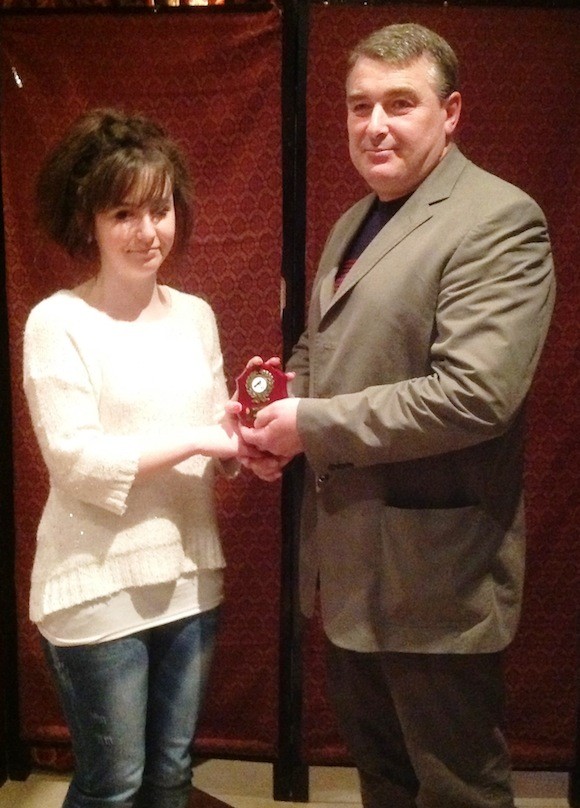 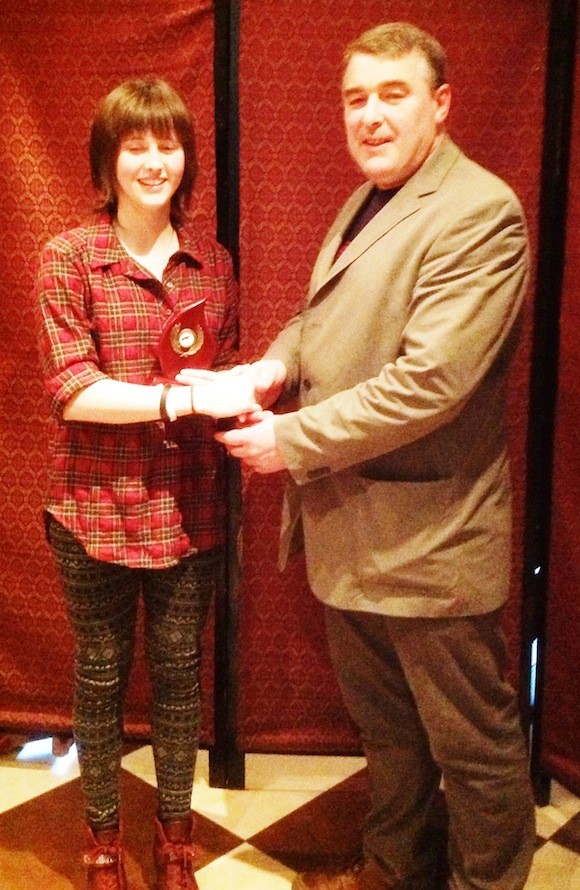 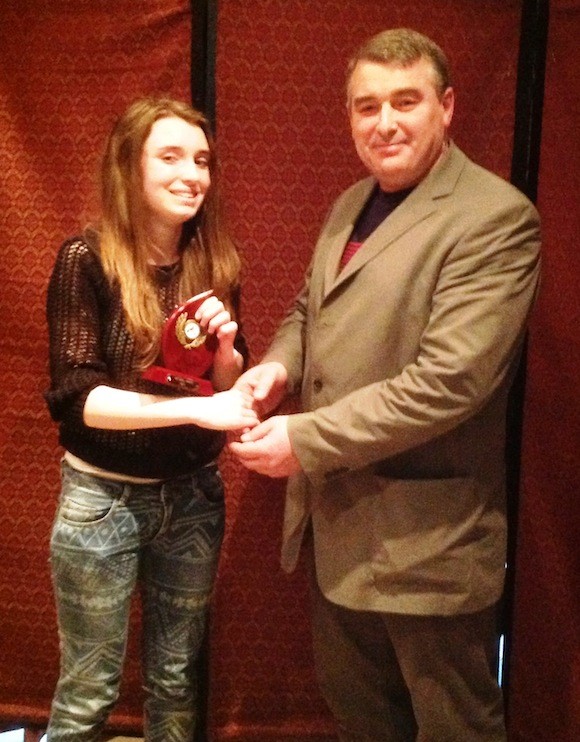 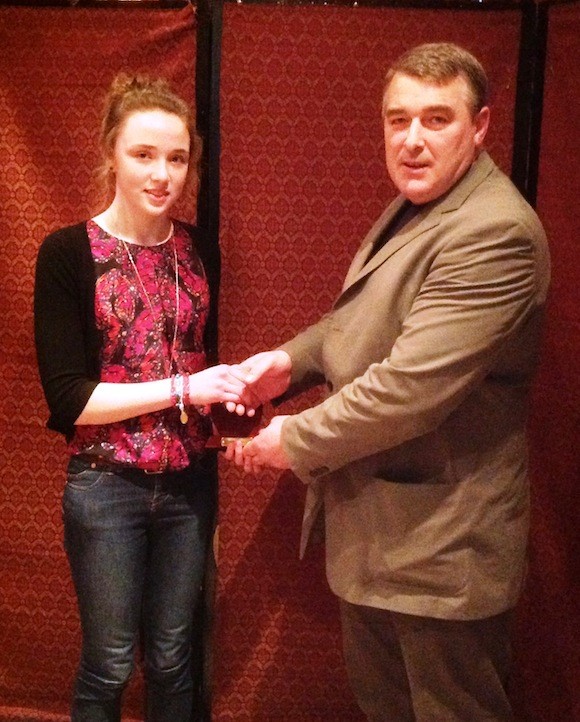 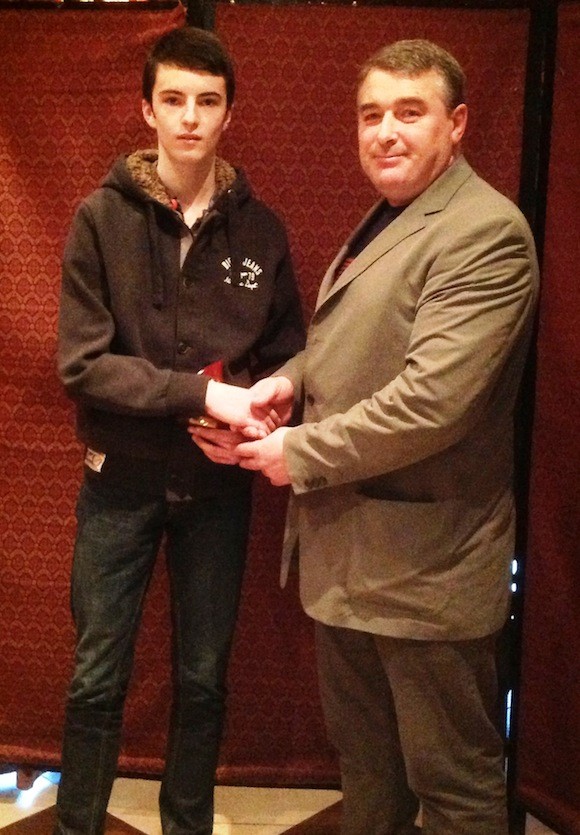