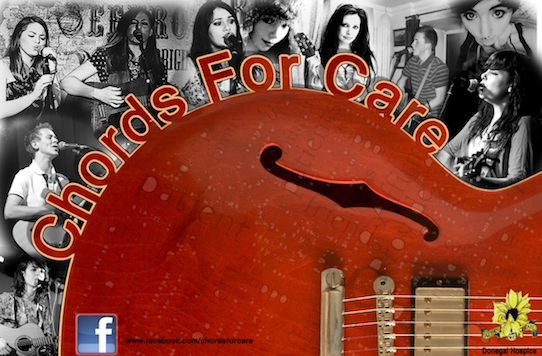 Two young Donegal students and musicians have come together to produce an album to help cancer sufferers across Donegal.

Robert Shields and Stephen McPhilemy may only be 22 and 21 respectively but they are giving something back.

The lads, who met in school, have been firm friends since and are hoping to release their charity album Chords for Care in the coming weeks.

Robert, from Gaoth Dobhair is study at Magee in Derry while Stephen, who hails form Creeslough, is a computer science graduate from UCD.

The lads are trying to spread the word about their album so that as many people as possible will buy the album and try to raise as much funding as possible for cancer care services across Donegal.

“We just decided we wanted to give something back and so many artistes have come down to our studio in the bog and given their time free of charge.

“We just want to spread the word now and get as many people liking the album,” said Rob.

To learn more about the guys click into the following link……