THERE MUST BE SOMETHING IN THE KILMACRENNAN AIR AS SCHOOL BAGS THREE COUNTY TITLES! 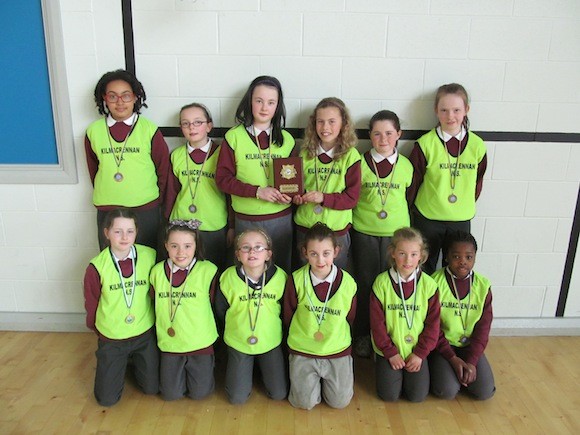 THERE must be something in the air – or maybe it’s the water – in Kilmacrennan.

For the town’s National School has excelled on the sporting front in the past number of weeks when they captured a unique treble of county titles in three different sporting codes, namely soccer, gaelic football and athletics.

The three titles were won within a fortnight of each other. First up were the girls soccer team who swept all before them in the FAI Futsal competition without conceding a goal. They beat Glenties NS in the final 5-0.

The Sportshall Athletics was the next competition that saw success come the way of the Kilmacrennan school.

The 3rd/4th class girls team won the county title and went all the way to the All-Ireland finals where they finished in 3rd place.

The boys made it a unique hat-trick of titles when they won the Indoor GAA title in Letterkenny by defeating Tooban NS in the final. The boys are also looking forward to the Cumann na mBunscol county final at the end of May.

We’re told that great credit must go to all of the children, parents and teachers (Mr Gallagher, Mr O’Donnell & Mr Devenney) for all this success. 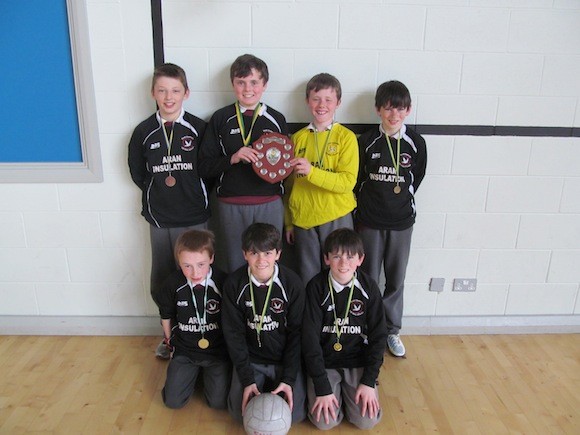 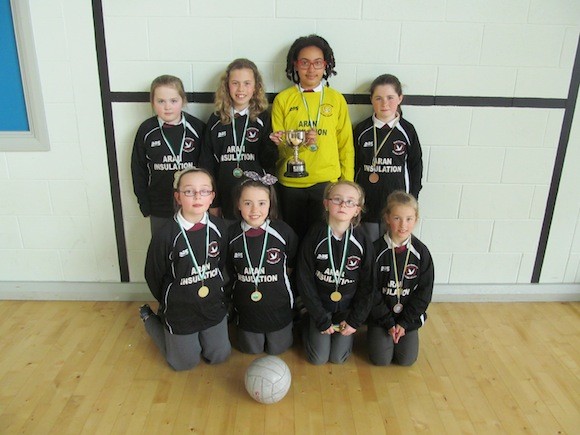