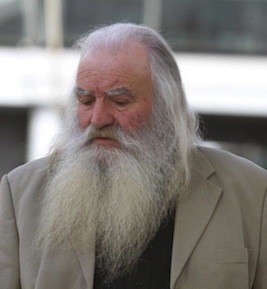 A LORRY driver charged with causing the death by dangerous driving of a three-year-old boy wept in court today as he was found not guilty by a jury.

Alex McDaid, (pictured right) had been accused of killing Patrick McDonagh by dangerous driving in Letterkenny in February 2012.

The three year old was killed when the 34 ft lorry reversed over him when he was chasing a ball at Ballymacool, Letterkenny.

Mr McDaid, 60, a father-of-five, had told the two-day trial he didn’t know there was anything wrong until he heard screaming and then saw a woman running down the road with a child in her arms.

Mr McDaid, a driver with Ferry Refuse Company for 12 years, pleaded not guilty to dangerous driving causing death on February 16th, 2010 but pleaded guilty to not holding a valid driving license.

The jury took just an hour to find him not guilty on the dangerous driving allegations.

He had pleaded guilty to failing to have an up to date driving license.

His lawyer told the court that Mr McDaid had not driven since.

“He has lived with this every day of his life,” said defence counsel Christopher Meehan.

Judge John O’Hagan fined Mr McDaid €100 for failing to have the up to date license.

He told the jury that this had been ‘an extremely emotional case’ and discharged them from jury service for a period of five years.

BIN LORRY DRIVER WEEPS AS HE IS CLEARED OF DANGEROUS DRIVING CAUSING DEATH OF TODDLER was last modified: May 2nd, 2013 by admin
Facebook0Tweet0LinkedIn0Print0