written by Stephen Maguire May 23, 2013
Facebook0Tweet0LinkedIn0Print0

The only daughter of the late Letterkenny Town Councillor Tadhg is expected to take his place on the council. 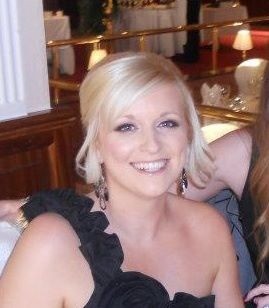 Lisa Culbert has confirmed to Donegal Daily that she is to seek the nomination after allowing her name to go forward for co-option onto the council.

The late Cllr Culbert passed away from cancer recently after serving with distinction on Letterkenny Town Council.

Lisa has met with the Fianna Fail party and has confirmed she is now seeking to follow in her late father’s political footsteps.

“I am happy to let my name go forward for consideration at the upcoming convention. I was born and raised in Letterkenny and I believe I have an understanding of the issues that face the people of the town and I want to help address these.

“It would be an honour to follow in my father’s footsteps and take on this new challenge, working for and with the people of the town as a Fianna Fail party representative as he did for many years” said Lisa.

Nominations for the co-option, which will be filled by Fianna Fáil, were opened by the Party at the beginning of this week.

She currently works as a Clerical Officer in the Outpatients Department in Letterkenny General Hospital.