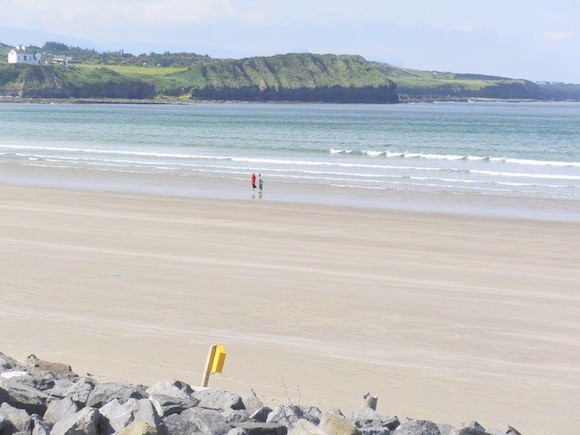 DONEGAL County Council staff have had to spend the day picking up lorry loads of rubbish left behind at Rossnowlagh by ‘slobs’ yesterday.

Hundreds of cars and thousands of people packed onto the beautiful beach during Sunday’s gorgeous weather.

But a fun day out for many families descended into chaos and threats as the tide came in – with cars blocking each other as they tried to flee the beach.

“What was left behind was truly shocking,” said one Donegal County Council source.

“We are sure most people behaved responsibly and took their rubbish home with them, but it is clear that many people didn’t.”

Local people on the beach today told Donegal Daily the mountain of rubbish let behind was the work of ‘lazy slobs.’

“That’s the only way to describe anyone who would do this at one of our finest beaches,” said one local woman out for a walk in the Monday sunshine.

Even single use tin BBQs were amongst the rubbish left at the beach.

Another local walker told us: “I’m here almost every day of the year, but I wouldn’t come here on a sunny Sunday in the summer. People lose the run of themselves.

“I stayed at home yesterday because I knew this would happen. If you go abroad to a beach in Spain or Portugal you wouldn’t see loutish behaviour like this. It’s totally embarrassing.”

How we broke news of yesterday’s debacle is below: