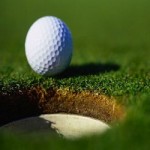 We had a very mixed bag of weather last weekend and the only thing that was consistent was the wind. Very Strong. Even with that there were lots of golfers on the course over the weekend. The Challenge cup matches have started so there was evidence of lots of 2 balls ‘playing their match’ on the course.

Please note the closing date for the first matches is 14th July and NO exceptions.

There have been some interesting matches so far and the known results at present are John Chambers, Gerard McGreavey, Thomas Alcorn and Nigel Doherty through to the next round.

Wednesday we had a super day for golf and First place was decided on BOT with Stephen Melly getting the better of Hugh Rodgers to take the honours. Donal Boyle won the gross with 34 points and Gerard Dickey was third again on BOT.

It’s good to see Cathal McMonagle back in the winner’s enclosure when he cruised home to a fine victory on Friday last.

Saturday was a Open singles competition and Shane Greer winner a few weeks back did it again but this time knocking last Wednesday’s winner Seamus Friel back into second place. Charles Roarty with his new handicap since Presidents day still managed to take third place.

Sunday was the Golfer of the Year competition, the McCrea Cup and it was stroke. The wind was up and some squally showers passed through but this did not dampen the resolve of Brian McGinley who managed to push Gerard Harkin back into second place. Its ok Brian Gerard knows that position well. Daniel McColgan took the gross prize and yet again Seamus Friel featured in the prizes taking the third slot. That’s three times in two weeks Seamus. (it’s like that saying about a bus)

The Youth Academy has now started for the summer and its good to see the new younger members interest in the club. There are a couple of spaces left so if you are keen get down there and get playing.

This Friday there is a Mental Health Classic competition on. Teams of 4.

The Lions Rugby is on this weekend as well so breakfast can be had in the clubhouse while you are watching.