BOMBER BEHIND BLAST WHICH KILLED BUNCRANA SCHOOLBOYS DIES FROM FALL

BREAKING NEWS: A terrorist who helped kill 31 people including three innocent Buncrana schoolboys in the Omagh bomb has died after falling from a roof – at a school. 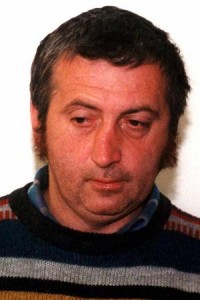 He was rushed to Beaumont Hospital, Dublin, where his life support machine was switched off yesterday afternoon.

McKenna was cleared by a civil court of involvement in the August 1998 blast, which claimed the lives of 31 people, including unborn twins.

But Gardai believe he was among the Real IRA gang which helped to plan the atrocity.

Michael Gallagher, whose son Aidan, 21, was killed in the blast, insists McKenna was deeply involved in the brutal bombing.

The campaigner said: “This man can rot in hell. His hands were drenched in the blood of innocent people. 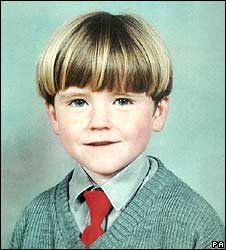 “I would have preferred McKenna to face justice in this life but he has taken secrets of the blast to his grave.”

McKenna was jailed for five years in 2003 after he admitted possessing explosives in Inniskeen, Co Louth.

Anti-terror cops believe he helped make dozens of bombs in the 1980s and 1990s.

The group has since changed its name to The IRA.

The Buncrana boys who died were Oran Doherty, James Barker and Sean McLaughlin.

The boys were among those killed when the bomb ripped through the heart of the Co Tyrone town in August, 1998.