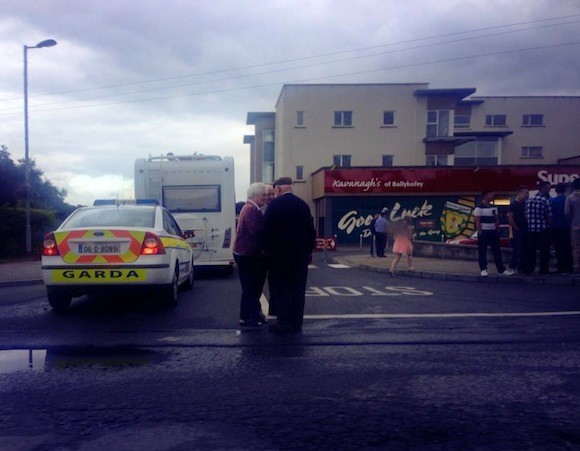 Caravans attempt to move into the supermarket car-park in Ballybofey

A tense stand-off is taking place in Ballybofey after a number of traveller families tried to move into a car park.

Initially just a couple of caravans tried to move into Kavanagh’s Supervalu close to Finn Park.

But a number of other camper vans soon arrived a short time later.

Gardai were called and a stand-off has ensued.

No arrests have been made but negotiations are ongoing to try and resolve the situation.

“A couple of caravans arrived and there were words.

“But just a few minutes later the entire place was covered in mobile homes – it was as if they came out of nowhere.

“There have been raised voices and the Gardai have arrived. It’s getting hot and heavy.”