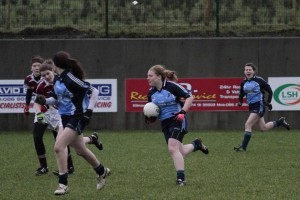 Barrett showed great composure to finish after forcing the mistake from the Portugese keeper after she chased down an under hit back-pass to the keeper.

Ireland got exactly what they deserved after dominating the game for long spells.

They fell behind just before half-time following a mix-up in the Irish defence.

Ireland initially struggled with conditions early on as the heat was over 30 degrees despite the 8pm kick-off but adapted to the conditions as the game went on.

They will play Portugal again on Thursday.