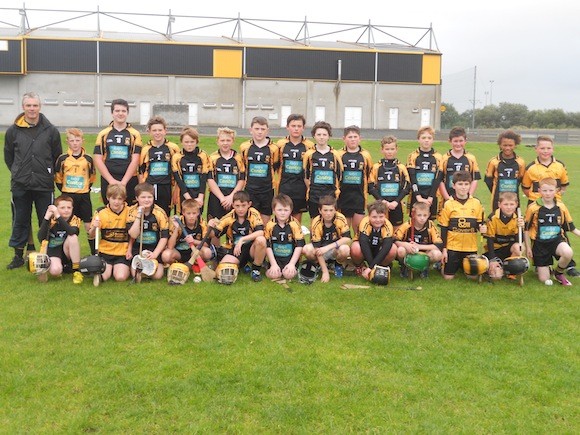 St Eunan’s GAA Club News: It was a good weekend for our underage hurlers with the U12’s and Minors both winning titles. The Minors completed a B League and Championship double fielding a very young team, many of whom will be underage for two more years and some for 3 more years.

They defeated rivals Burt on a score of 1-16 to 1-06. Well done to everyone. The U12’s lifted the county Go Games title with a good victory over a good Four Masters team. This is their second year in a row to claim the title and there is no doubt these teams will do battle again in the future.

The Seniors travel to Gaoth Dobhair for a League match this weekend, keep an eye on social media and e-mail for details of time, day etc.

The U21 hurlers take on MacCumhaills this Sunday in the championship at 11am.

The U16 Boys div. 1 footballers advanced to the Northern semi-final after a good win over MacCumhaills on Saturday. They will meet either Glenfin or St. Michaels in the semi-final. They take on Southern area runners-up Ardara in the Co. League semi-final this Saturday at 3pm in Glenfin. The div. 2 team will take on the Gaels at home in the championship with day and time tbc.

The U13 div. 1 boys were beaten by Termon on Monday night meaning they are unlikely to reach the Northern final, they take on the Gaels this weekend. The Div. 2 team travel to St. Michaels for their game this Sunday.

The U10 footballers made the trip to Kilmacud Crokes All-Ireland tournament on Saturday. The boys had three tough games in the group stages. In the first game they narrowly lost to St. Colmcilles (Meath), the second game was a hard fought victory over host club Kilmacud Crokes and the final group game was another close battle with a win over Clann NaGael (Armagh). The team missed out on qualification for the cup semi-finals on aggregate scores but did qualify for the Shield Final against Crossmaglen. The boys fought hard against the team from South Armagh and eventually lost after an epic encounter. The team and club would like to thank everyone involved and especially to coaches, children and parents who made the enjoyable trip to Dublin. The team and club would also like to say thank you to both Cllr. Tom Crossan from the Letterkenny Town Council and Seamus Hughes (Managing Director) of Zeus Industrial Products (Letterkenny) for helping sponsor the trip to Dublin.

There is a Level 2 coaching Course coming up shortly, provisionally set November 8th/9th and 15th/16th in Glenswilly. Anyone interested must have completed the Level 1. Give your name to Jim Clarke asap to book your place on 086-3131550.

We extend our sympathies to Mary Tuite and family on their recent bereavement.