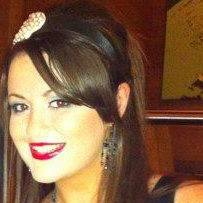 SINGER VOWS TO STAY AWAY FROM CHURCH UNTIL BISHOP RESOLVES ROW

The Donegal choir singer who claims she was verbally abused by a priest will not step inside her church again as long as he remains there.

Sara Laughlin says she cannot go back into St Bridget’s church in Lettermacaward after a fall-out with Fr Shane Gallagher.

Ms Laughlin and Fr Gallagher have both disputed the chain of events in which the singer claims left her in tears after being accused of singing a popular music song.

Bishop Philip Boyce yesterday intervened in the row and gave Sara an assurance that the matter has been resolved.

Teacher Ms Laughlin said she accepted this assurance from Bishop Boyce but said she did not know how the matter will be resolved.

“I cannot return to that church as long as Fr Gallagher is there because I am still afraid after what happened between us.

“The Bishop has given me an assurance it will be resolved and I have to take him at his word.

“He apologised to me and said this was not a Diocesan opinion but the opinion of one person.

“He said he has heard me perform before at Knock and really enjoyed it.

“He asked me to put my faith in him that this matter would be resolved and I am doing that,” she said

However, in a statement issued yesterday by his solicitor, Fr Gallagher said he was not aware of what resolution had been arrived at.

Fr Gallagher said he now hoped to draw a line under the matter and serve the people of his parish.

It is not believed that Bishop Boyce was aware that Fr Gallagher was issuing a statement on the matter.

Fr Gallagher said he remains unaware of any details which may resolve the matter.

“I was happy to learn of the announcement that this matter has been resolved. I was not a party to the resolution of it and did not in any respect contribute to it, nor did I have any advance notice of it.

“As of 12.05 p.m. today, I remain unaware of any details of the resolution announced. I wish to take this opportunity to refute the allegations made against me.

“I am hurt and appalled that a private conversation with Ms. Sara Laughlin regarding the suitability of a particular song she sang at Communion time, during a Mass I celebrated last Saturday evening for her grandmother and uncle, has been so unfairly distorted and that, in consequence, I have been so vilified and abused in the social media over the past 36 hours.

“In the interests of the people whom I serve in Leitirmacaward and Doochary, I hope to be permitted draw a line under the matter and, to this end, I will be making no further comment,” he said in his statement.

Ms Laughlin said she has received huge support from friends, family and complete strangers since the incident occurred on Saturday night.

Among those who contacted who was up to nine different priests whom she knows through her work with the church.

“I didn’t go on to Facebook to start any campaign against Fr Gallagher.

“But I had to write down what happened to me and to explain to people why I would not be singing at my church again.

“But the entire issue took on a life of its own as people felt I was very badly treated,” she said.