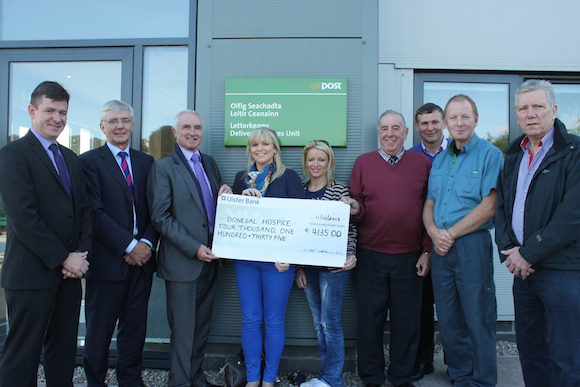 A charity cycle in the wel-known Fianna Fail politician’s memory raised more than €4,000 for the Donegal Hospice.

An Post Donegal were delighted to present €4135 to the Donegal Hospice from this year’s cycle.

To date An Post Charity Cycle Race have raised over €38,000 for the Donegal Hospice.