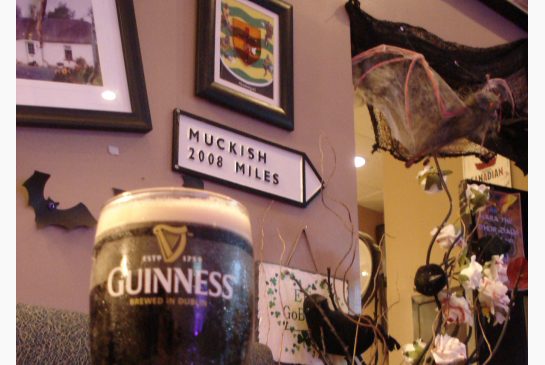 A CO Donegal man is winning rave reviews for his pub in Toronto – named after a piece of home.

Ards native John McFadden has been gone from these shores for almost 40 years.

And according to The Toronto Star this week, John is one of the few publicans offering a real Irish pub to his customers in his Muckish Irish Pub.

“You’ll find the Northern Irish in particular come here to raise a Guinness or two and hear familiar, friendly voices — though still part of the republic, Donegal is right next door to Northern Ireland.

“They’ll also come for the fiddling and broadcasts of Gaelic football and hurling — the latter best described in North American terms as very similar to field hockey, dating back some 3,000 years to the ancient Celts.”

There is of also of course a signed Donegal jersey taking pride of place in the pub.

You can read the rest of the review here: