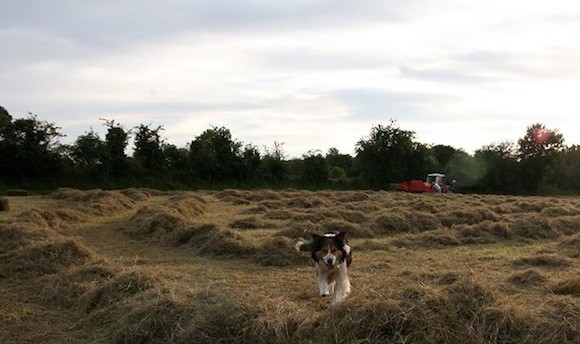 The family pet dog which was savaged in Killygordon

Gardai are hunting for two dangerous dogs who mauled a sheepdog to death in front of its owner.

The dogs attacked the beloved family pet in the Killygordon area on Sunday evening.

The collie’s owner, a 76 year old man, tried to save his dog and managed to stab one of the attacking dogs.

The dogs, believed to be pit bulls or a cross of fighting dog, fled the scene and the man was thankfully unhurt.

The man rushed his dog, a Welsh collie, to the Donegal Animal Hospital but he died a number of hours later due to the savage injuries it received.

The dogs are still believed to be on the loose and people have been warned n to to approach them.

Anyone who may have come across them is asked to contact Ballybofey Garda station on 0749137740.