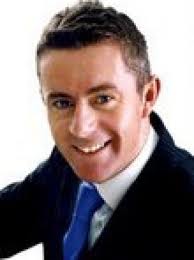 The Government last night failed to accept an emergency plea in the Seanad by Senator Ó Domhnaill to suspend the Local Government Bill 2013 pending wide-ranging public consultation across the country in 2014.

Speaking in the Seanad on the issue the Donegal Senator asked how can any Government continue to “bulldoze” through legislation which will abolish the local government structure at the point closest to the citizen.

In Donegal’s case this includes the abolition of Letterkenny, Buncrana, Ballyshannon and Bundoran Town Councils.

“The government is pressing on with this agenda without any local community public consultation.

“The Council of Europe has since 2007 been consistently warning that there is a general shift towards greater government centralization.

“What we are witnessing in the Local Government Bill 2013, at this point in time, is not “Reform” but a drastic move towards centralising Power away from the ordinary citizen,” he said

He added the response which he received from the Environment Minister and delivered by Minister Of state Dinny Mc Ginley represented an “affront to democracy.”

“The Minister tried to contend that adequate consultation has already taken place and that somehow people in Ireland are over represented in the democratic context. I find this contention outrageous to the extreme and shows how “out of touch” this Government really are.

“The Minister failed to answer as to why Minister Hogan has failed to meet Local Councils or community groups in Donegal.”

He said reform by its very definition should mean improvement or making things better and changing with the modern era.

Abolishing the level of democracy closest to the citizen, without consultation, certainly does not represent reform, he adds.

“The congress of the local and regional authorities of the council of Europe, on 31st October 2013, recommended to the Irish Government that they revise their Local Government legislation in order to ensure that the subsidiarity principle is better enshrined and protected in the law. The principle of subsidiarity is established in Article 5 of the Treaty on European Union.”

“The Council of Europe stated that the importance of the principle of subsidiarity is not adequately reflected in the Local Government reform legislation. They further encourage the government to revise the legislation in order to ensure the subsidiarity principle is better enshrined and protected in the law and to promote this crucial principle in practice in Irish public administration.

The principle of subsidiarity is fundamental to the functioning of the European Union (EU), and more specifically to European decision-making. In particular, the principle determines when the EU is competent to legislate, and contributes to decisions being taken as closely as possible to the citizen.

“This new legislation will see a dramatic reduction in representation for the 14% of the population who live in areas with Town Councils. Where there is currently on average one councillor for every 865 people, there will now be one councillor for every 4,830. The new level of democratic representation in Ireland will compare exceptionally poorly to other OECD countries. For example, Ireland will be left with 31 local authorities, with each serving an average population of 139,800. This leaves Ireland as the second least democratic country in the OECD. France for example, has one local authority for every 1,500 citizens, Switzerland has one per 2,500, Austria one per 3,500, Germany one per 6,500, Poland one per 13,500, Sweden one per 31,500 and Finland one per 15,500.”

“The question must be asked as to why our Government is so determined to close down democratic forums,” concluded Ó Domhnaill.