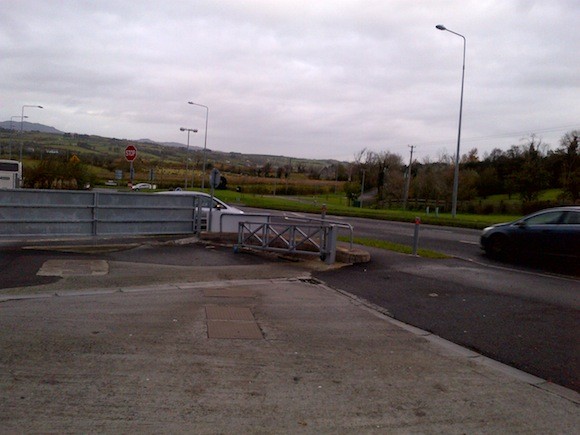 PARENTS of pupils at a Co Donegal school say they fear it is only a matter of time before someone is killed or seriously injured.

Illistrin National School parents have called for traffic calming measures – including part-time traffic lights or a roundabout – to ease traffic during the school run.

The N56 runs right past the school.

Parents and bus drivers dropping children off in the morning or collecting them in the afternoon are forced to dodge cars driving along a route where the speed limit is 100km/hr.

“It’s particularly bad in the morning because of the sheer build-up of traffic driving into Letterkenny,” said one mum whose child goes to the school.

“Getting back onto the main road to turn right to head back towards Mountain Top is a nightmare.”

The problems at the junction have been exacerbated by both the new road and the increasing number of pupils from Letterkenny going to the popular school, with parents turning right to head back into the town.

There have been a number of crashes at the exit junction in the past year.

“Something needs to be done,” said the mum, “or someone is going to get killed.”

Gardaí say they monitor the junction regularly; a speed camera van is often parked just below the junction because it is an accident blackspot.