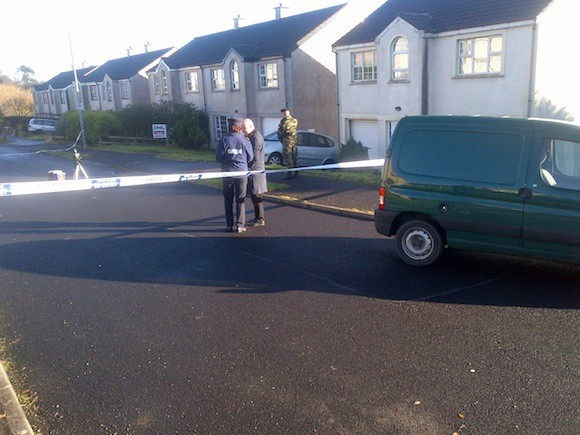 The Army Bomb Disposal Unit has just left the scene of this morning’s bombing in Letterkenny.

The unit took away a number it items of interest including debris from the scene.

There is not believed to be any other suspect devices at the scene.

A Garda forensics team under the supervision of Inspectors Pat O’Donnell and Goretti Sheridan are now overseeing the fingertip investigation of the scene.

Gardai are examining the Mitsubishi Pajero jeep which took the full impact of the blast.

No other vehicles or property was damaged in the attack and nobody was hurt.

IT is understood the incident took place just before 4am.

Gardai are looking to speak to the owner of a silver car which was in the area of Manor Park View at the time.