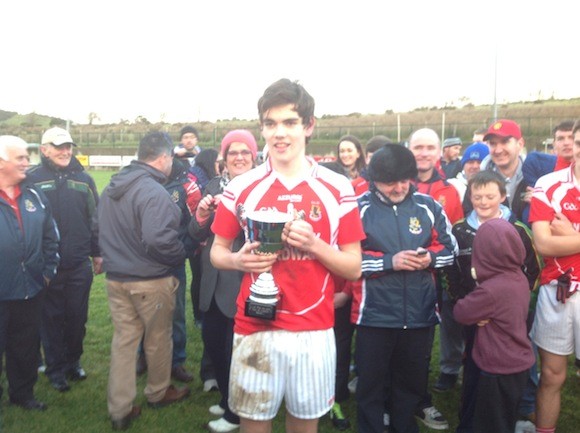 THE HISTORY BOYS AS DUNGLOE TAKE U-16 COUNTY TITLE 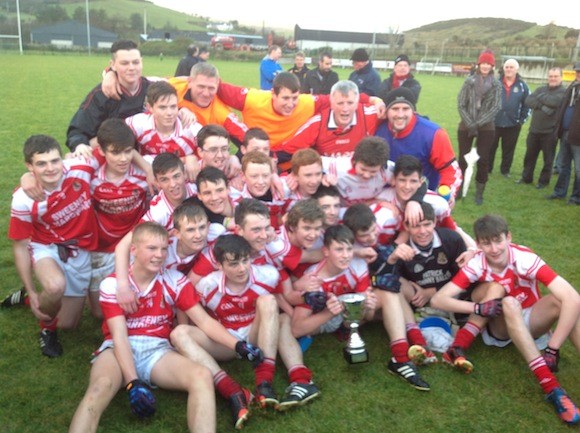 County U-16 Division One Champions Dungloe

DUNGLOE’S U-16 boys made history today by winning the club’s first ever U-16 boys title, taking the league county title with a fine win over St Eunan’s at Termon this afternoon.

It’s the first title at this level too for a west Donegal club since 1982.

The Southern Division Champions proved just too strong for the Letterkenny side, hitting six superb goals in a 6-08 to 0-11 win.

Ryan Connors’ goal in the first half had kept Dungloe level but it was Barry Curran’s goal just before half-time which gave them the edge, the goal coming seconds before the whistle.

St Eunan’s worked the ball well at the start of the second half, but Ryan Green hit two goals and two more from James McCole and centre back Mark Curran finished a fine performance.

Club captain Matthew Ward, in a generous speech, congratulated Eunan’s for a good game, admitting the scoreline was probably an unfair reflection on the game.

Board chairman Pol O Maolaoigh congratulated both teams on a great season for the U-16 boys, insisting: “The future of football in Co Donegal is in great hands with great performances by so many of the Dungloe and St Eunan’s players this season.” 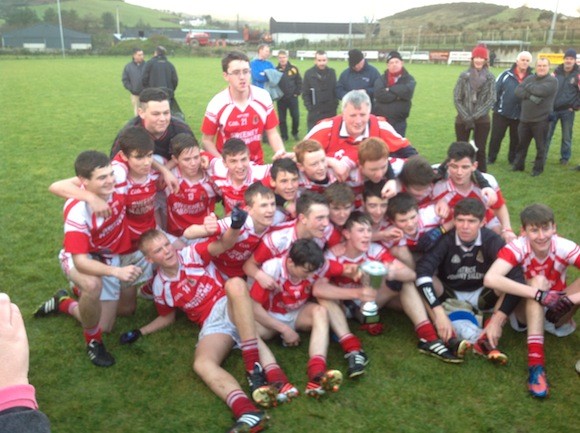 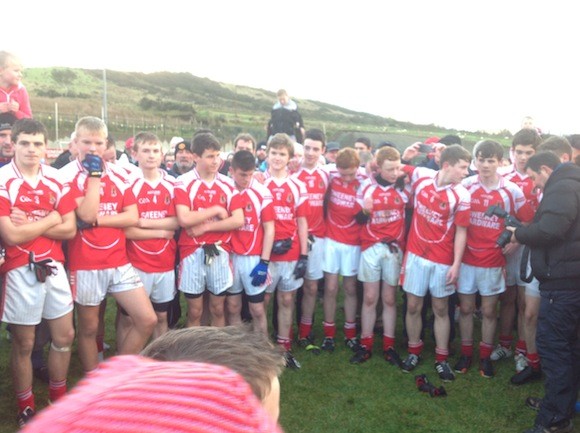 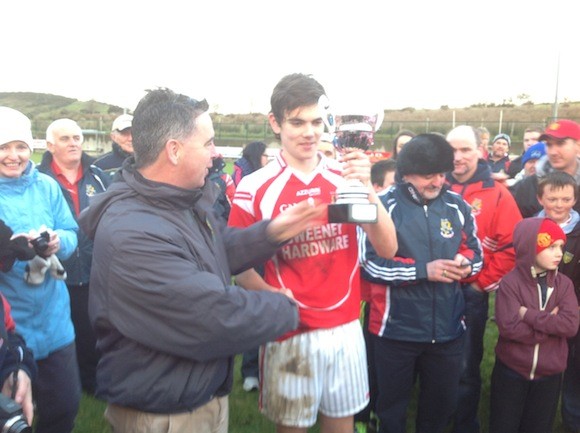