MEP Pat The Cope Gallagher has called on the Government to review its decision to exclude the North West and West from an important EU transport programme. 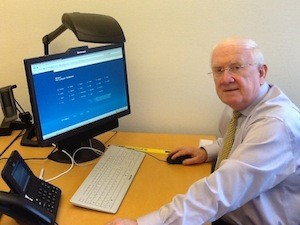 Speaking in the European Parliament in Strasbourg, he strongly criticised the Irish Government over its plans to exclude the entire North West and West from the Trans European Transport Network.

The agreement on the TEN-T Core Network was negotiated and agreed under the Irish EU Presidency.

Mr Gallagher stated: “Unfortunately I am not in a position to congratulate the work of the Irish Presidency on securing the agreement on the Trans European Transport Network.”

“It is regrettable that in Ireland the TEN-T Core Network has been confined only to the east and south of Ireland. The decision of the Irish Government to totally ignore the entire western region of Ireland is shameful. This decision will only serve to widen the gap between the peripheral Border, Midland and Western region and the Rest of Ireland.”

“Furthermore, prior to submitting its plans, the Irish Government failed to consult and involve in their decision making respected bodies such as the BMW Regional Assembly and the Western Development Commission.”

Mr Gallagher concluded “The Government extended the Network to include Limerick and even at this late stage, however embarrassing it may be for the Government, I call for the TEN-T Core Network to be extended to the Western Region in order to develop rail, road, energy and communications links.”

“At the very least, a feasibility study into a multi-modal route along the western arc needs to be carried out with the involvement of the Western Development Commission and the BMW regional assembly.”

Mr Gallagher confirmed that he voted against the agreement on the TEN-T in the European Parliament due to the exclusion of the North West and West of Ireland.