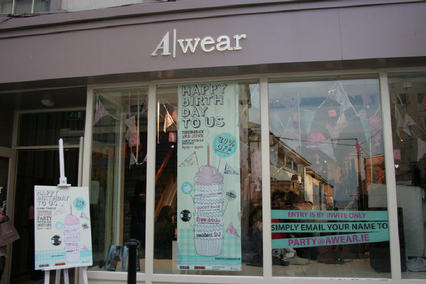 Up to 10 jobs are feared lost in Letterkenny after the popular women’s clothing store A Wear failed to exit examinership. 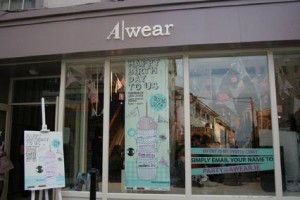 A notice on the store’s window on the town’s Main Street said the shop is closed until further notice.

The store is very popular in the town and appeared to be trading well.

A number of people contacted Donegal Daily asking if they were entitled to a refund on gift vouchers.

There are now fears for up to 300 jobs in the chain’s 31 stores across the country.

In a statement, the Receiver Ken Farrell of Kavanagh Fennell said the business will continue to trade while he assesses the feasibility of some of the stores over the coming days.

But he cautioned it was “inevitable” that some stores will close.

It is not known why the Letterkenny store remains closed today.

The company had blamed high rents and increased competition for its difficulties.

A-Wear was bought by its current owners from receivers in 2012. While they managed to reduce the company’s annual losses from €5m to €2.5m a year, they said in October that they had taken things “as far as they can”.