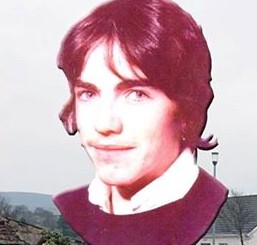 A wreath-laying ceremony is to take place in Donegal this afternoon at the spot where an IRA man was killed by his own bomb 40 years ago today.

Jim McGinn (20), from Delaney Crescent, Strabane was killed in the premature explosion on the Southern side of the border at Clady bridge close to Strabane on 15 December, 1973.

This afternoon’s wreath-laying ceremony to mark the 40th anniversary of his death will take place at 2.00pm.

The event is one of two organised for today by the Jim McGinn Cumann.

Later, a specially commissioned plaque to his memory will be unveiled at the Republican Memorial Garden in Strabane’s Ballycolman estate.

The unveiling will follow a candlelight procession which will leave Haughey’s Shop at 6.00pm.

The memorial ceremony will also include a personal tribute from local republican Terry Boyle as well as a tribute in song from Fearghal Mac Lochlainn.

Cllr McMahon said: “This annual commemoration remains a poignant end of year fixture in the local republican calendar of commemorative events and provides an opportunity for Jim’s family, friends and comrades to come together to pay tribute to his memory.

“Jim was only 20 years of age at the time of his death but already a seasoned social, cultural, political activist as well as volunteer of Óglaigh na hÉireann.

“He was renowned for his humour and friendly nature and outgoing character-traits which endeared him to young and old alike.

Therefore, his death not only evoked widespread shock and sorrow among local republicans but within the local community as a whole.”

Cllr McMahon concluded: “The large numbers who attend this commemoration on a year in year out basis bears testament to just how well Jim was thought of within the community of Strabane and neighbouring Donegal and on this the 40th anniversary of his death I would urge as many people as possible to attend.”