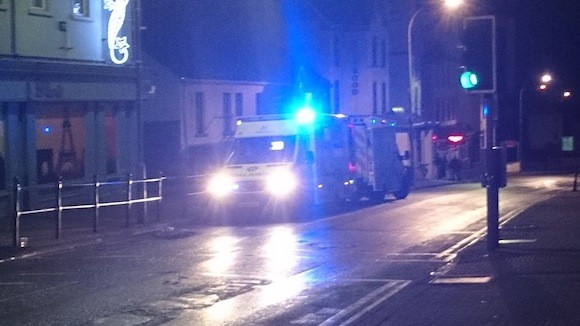 Ambulances at the scene of the incident in Bundoran

A WOMAN who fell outside a nightclub has been treated in hospital for head injuries.

The incident happened outside Paris Nightclub in Bundoran in the early hours of this morning (Sunday).

Ambulance crews (pictured) attended the scene and the woman was taken to hospital. Her injuries are not thought to be life-threatening.

In a separate incident in the town a man was treated for his injuries after being struck by a car.