Buncrana Sinn Fein Cllr Ciaran McLaughlin has questioned why during one of the most important council meetings in Donegal’s history, did Fianna Fáil Cllr Rena Donaghey leave the vote. 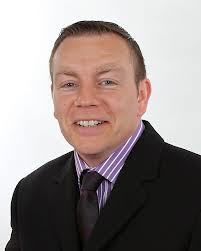 He said: “Cllr Donaghey and Fianna Fáil must have known that the Donegal county council budget meeting could again run late and I believe that she should have cancelled all other diary commitments for the day and arranged for a substitute teacher to take her VEC class.”

The Inishowen councillor said this was a time to make a determined stand for the people of Buncrana, Inishowen and Donegal.

“The historic moment has been lost and it is clearly a result of Cllr Rena donaghey’s decision to leave early and the shameful u-turn by independent Cllr John Campbell.

“What should have been the beginning of a stand against the huge cuts to our roads, housing and water budgets as well as increased family taxes; a stand that would have shone a national spotlight on donegal, has been lost and I believe that Cllr Donaghey and Fianna Fáil let down the people they were elected to represent”.