PRINGLE CALLS FOR FIBRE BROADBAND FOR EVERY HOUSEHOLD

Thomas Pringle TD has called on the government to roll-out fibre broadband to all households in the state. 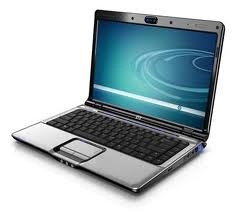 Pringle wants fibre broadband for everyone

Speaking on the ESB (Electronic Communications Networks) Bill 2013 yesterday in the Dáil, the Independent TD for Donegal it should be a must.

“This Bill is a progressive step to enable the ESB to provide fibre on its networks and in respect of broadband it is probably one of the most progressive steps that could have been taken. But we need to ensure it will be available in all households across the country.

“The ESB is a company that already has a relationship with every household and business in the country, consequently it is a perfect fit for it to be able to provide fibre-optic broadband by wrapping fibre on their existing networks.

“The ESB already has fibre wrapped on its transmission network nationwide which has linked the metropolitan area networks around the country. While this is useful, the real difference and impact can be made as the company starts to roll-out fibre onto the connections to houses and businesses nationwide.”

He added the existing policy up to now on providing broadband has been to rely on the market and has left many areas behind, including rural areas, but also areas where people are trying to operate businesses and create and maintain jobs.

“In recent years we have relied on mobile telephony to provide broadband and bridge the gap; this has failed and is not capable of providing the service people need.

“The provider for the rural broadband scheme, 3, wants to build 160 masts to provide its broadband service across the country. We know everything this invokes in communities across the country when masts are erected, and this legislation gives us the opportunity to avoid all that.”

In Ireland approximately 2-3% of households have access to a fibre connection.

It has been estimated that the creative industries in the north-west region alone could create approximately 18,000 jobs simply by improving access to the internet in order for them to sell their wares on it.

“We now need to ensure as wide a roll-out as possible of the fibre-optic network and we should look to invest in this as a state to assist the ESB in providing this service because it would pay huge dividends in the long run and, as a stimulus, make a significant difference to people’s lives across the country,” stated Pringle.