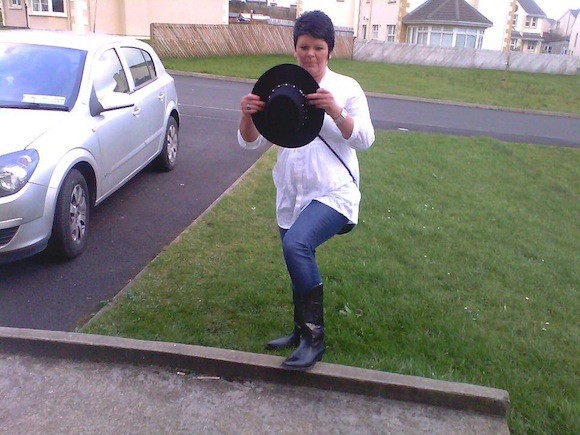 Edel is pleading with anyone who has a spare Garth Brooks ticket to get in touch.

A devout fan of Garth Brooks who left hospital after having emergency surgery to see him during his last concert has been left without a ticket for his upcoming gigs.

Devastated Edel Kirwan Roulston is pleading with anyone who has an extra ticket to get in touch with her and give her first refusal.

Edel queued overnight at Letterkenny Shopping Centre but tickets at Link2 sold out before she got to the top.

The last time the country star played in Ireland Edel had just had her appendix removed and left hospital to see him.

At the concert she fainted during the last song and was taken on stage but can’t remember a thing.

Now the Letterkenny woman wants a ticket to see the singing sensation once again in the flesh.

“Please I am a devoted fan of garth brooks and I am puting out a plea to anyone – if you have any tickets for sale please give me first refusal,” she said.