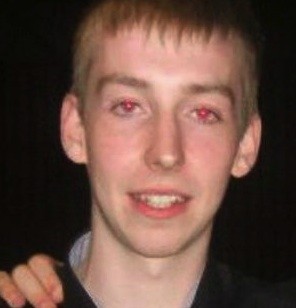 DONEGAL teenagers have been playing a deadly drinking game which has killed two young men this weekend.

The father of Carlow 19-year-old Jonny Byrne has appealed for young people not to play the game ‘Neknomination’ where people are nominated to drink bottles of spirits or strong beers – and videos of this are posted online.

‘Neknomination’ has also been linked to the death of Dublin DJ Ross Cummins (22) whose body was found by shocked housemates on Saturday morning.

Jonny’s dad Joe said: “I’m pleading to every youngster to think of the things they are doing.

“It has cost my son his life, The whole family is devastated and our lives will never be the same again.

“I hope this message is heeded, because for us, life is virtually over.”

The young hurler’s body was later taken from a river, hours after playing the deadly game.

Buncrana councillor Ciaran McLaughlin told us: “After watching clips on Facebook and you tube, each nominee is trying to out do the other and in the process drink some crazy cocktails of alcohol containing spirits,beer and wine..

“While some may see this as a game, the consequences of drinking large volumes of alcohol in a short period of time can have very real consequences for those taking part.

“Please don’t follow this trend, be different, don’t do it,” he pleaded.