A Judge has expressed his “considerable disappointment” that the trial of a man in one of Ireland’s most high profile dangerous driving cases has not gone ahead. 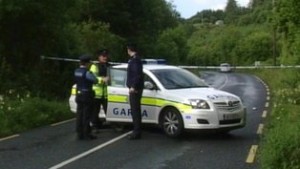 The case of Shaun Kelly, a Co Donegal man charged with causing the deaths of eight people, has been adjourned a number of times.

All eight people, including seven of Kelly’s friends, were killed following a crash outside Clonmany in Co Donegal in July, 2010.

Judge John O’Hagan had ordered the trial of Shaun Kelly to go ahead after a number of previous adjournments on February 4th.

However at the latest sitting of Letterkenny Circuit Court last week before Judge Keenan Johnson, the court was told the trial was still not ready to go ahead.

Defence barrister Peter Nolan told the court last week that Kelly, 24, was not fit to plead.

He told the court that a psychological report had been made which he had just sent to the state barrister.

Judge Johnson adjourned the case until April 1st with peremptory against the accused.

Judge John O’Hagan said today that he is determined that the case go ahead at the next siting of the circuit court.

He said he was considerably disappointed that his colleague, Judge Johnson, was constrained from allowing the case to go ahead.

“I cannot emphasise strongly enough how anxious I am that it must proceed. This is a case that should go on,” he said.