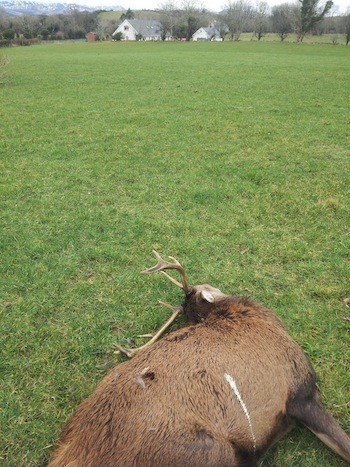 SHOCK AS STAGS FOUND SHOT AND DUMPED IN DONEGAL COUNTRYSIDE

This was the horrific scene as one of two once beautiful stags lay butchered in a Co Donegal field yesterday.

One of the stags was shot just a couple of hundred yards form a house in Laghey.

The two animals were shot and abandoned by poachers in Laghey.

People living nearby heard the shots and went to investigate.

When they did they found vehicles in the area.

The startled poachers jumped into their vehicles and managed to get away.

However some vital information on the movement of the vehicles has now been passed onto Gardai and the wildlife services. 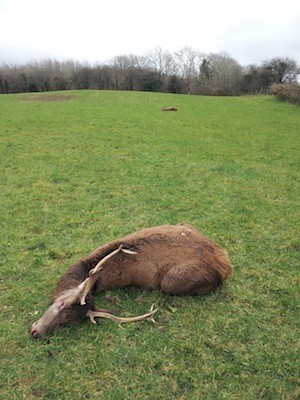 The two stags were found dead in the same field.

Hunting stags is now illegal after the season closed in December.

However the season is still open in the North and the stags can easily be sold on there.

A member of the public who came across the dead stags said “It was just a horrific sight. To see these two magnificent creatures just lying there dead for no reason just made me sick.

“Only for the fact that people heard the gunshots and went to investigate, the stags would have been taken away and sold on.”