Letterkenny Sinn Fein Councillor Gerry Mc Monagle has called on the Government to make more monies available to councils to enable them to provide Housing Adaptation Grants to those with disabilities. 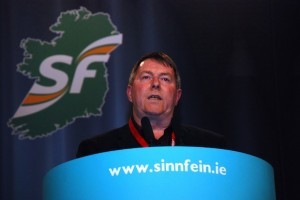 Cllr Mc Monagle was speaking after being approached by a number of people who were passed for a Home Adaptation Grant by council.

He was later informed later by the council that they were not in a position to award the grant due to the fact they had no money.

Cllr Mc Monagle sayd austerity measures from this and the previous government has hit the most vulnerable hardest.

“Among the most vulnerable are people with disabilities or mobility issues. They have been cut already with transport mobility grants, carers, and disability services all being cut by this this government.

“Now we face the prospect of the scheme, to provide people with special needs with adapted housing so that they can live as independently as possible, is basically being forced to close.

“This is totally unacceptable. Disabled people have a right to live in their homes and the government has a duty to do all in their power to realise that right. This is not just a moral position but a practical one as those independently living people with disabilities save the state millions in care every year.

“The adaptation grant provides for people to live with dignity and respect in their own home. Cuts like this are an insult to the rights of disabled people especially in the context of the states utter failure and refusal to provide appropriate social housing.”