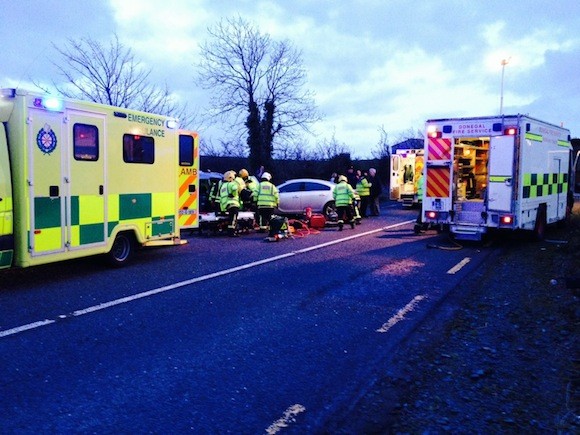 Two people have been taken to hospital following a serious two car collision late this afternoon.

The accident took place on the main Letterkenny to Lifford Road.

A number of emergency service vehicles including ambulances and fire crew rushed to the scene.

The two casualties were assessed at the scene and then taken to Letterkenny General Hospital.

It is not known yet if the injuries sustained by the two victims are serious.

The road was closed for a short time but has since reopened.

Gardai are appealing for witnesses to the two car collision to contact them.