Irish athletic great Jerry Kiernan has stuck to his guns saying the GAA is receiving far too much money compared to other sports.

The RTE commentator caused major controversy with his comments.

But he reinforced his comments again yesterday using two of Donegal biggest sporting stars to back up his argument.

Kiernan said Irish athletes including English suffer from a lack of exposure and recognition. 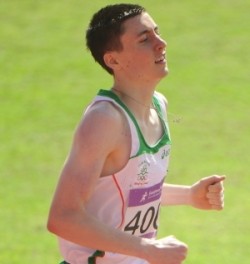 “The GAA is visceral, it is blood and guts. Maybe it is part of our nature whereas running is somehow viewed as different but there is passion and excellence there too.

“If someone is performing at that level, surely intellectually it has to be seen at a higher level than what the local lads are doing,” he said.